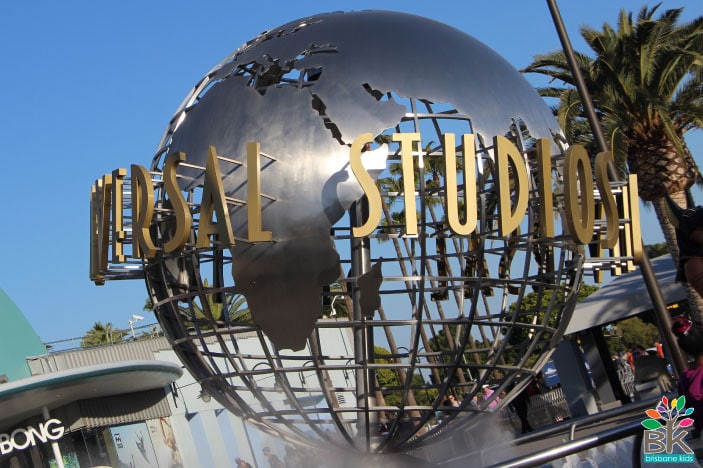 5 Things your family must do on your first visit to Universal Studios Hollywood.

Theme parks can be a huge part of any family trip to California, with Universal Studios Hollywood being one of the biggest and the best!

It’s hard to fathom just how big this park is, however imagine entire ‘lands’ individually dedicated to The Simpsons, Despicable Me, and Harry Potter, separate rides/attractions featuring Shrek, WaterWorld and The Walking Dead, as well as a vast ‘lower lot’ featuring The Mummy, Transformers and Jurassic Park attractions.

Universal Studios Hollywood gives visitors not only an exciting theme park experience, but also the option of a behind the scenes studio tour of the backlot, special effects shows, and more. You could really spend days here exploring all the fun! These are some tips for your family’s first visit to Universal Studios Hollywood, and ideas for how to make the most of your day at this awesome theme park.

1. Buy your tickets online before you go 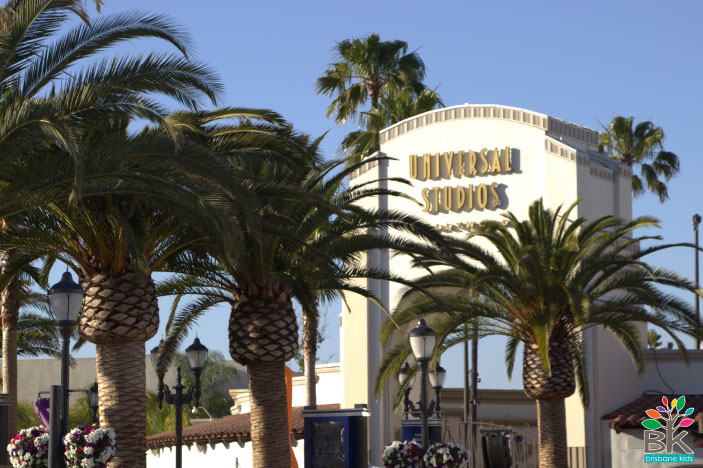 Not only can you save money by purchasing your Universal Studios Hollywood tickets online, but they may even entitle you to early entry to the park so you can beat the crowds! Generally speaking, booking in advance can save you up to US$15 off the gate price on general admission tickets. For a family of four, this can equate to a meal at a restaurant on the Universal CityWalk at the end of a long day!

2. Start with the Studio Tour 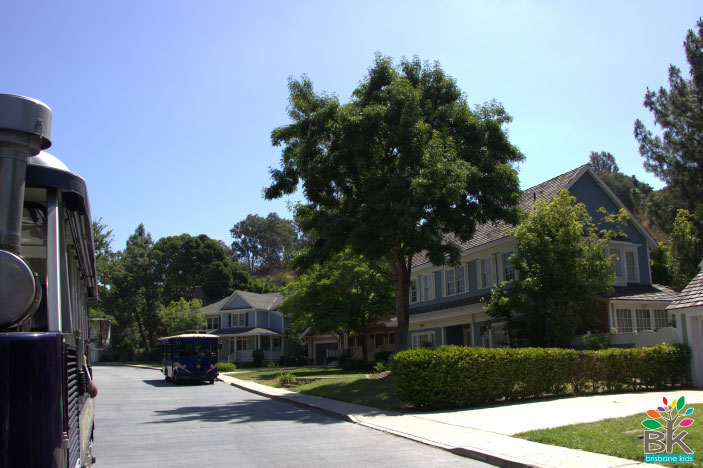 When the gates at Universal Studios Hollywood officially open for the day, most people head straight for the rides. A great way to orient yourself and warm up to the Hollywood experience is to bypass the rides temporarily and jump on the world-famous Studio Tour. Just head straight through Springfield USA, and you’ll find the Studio Tour carts lining up to take you on a backlot expedition. This is no ordinary tour of a studio backlot though—the Universal Studios Hollywood Studio Tour is a thrill ride in itself!

Without giving too much away, the Studio Tour takes you past a variety of sets and props from numerous Universal movies and TV series, as well as into the real live action, with exciting encounters along the way. Your tour guide on the Studio Tour will share dozens of stories and facts about some of your favourite movies of all time. The Studio Tour is a definite must-do!

3. Allow 2 hours plus in The Wizarding World of Harry Potter 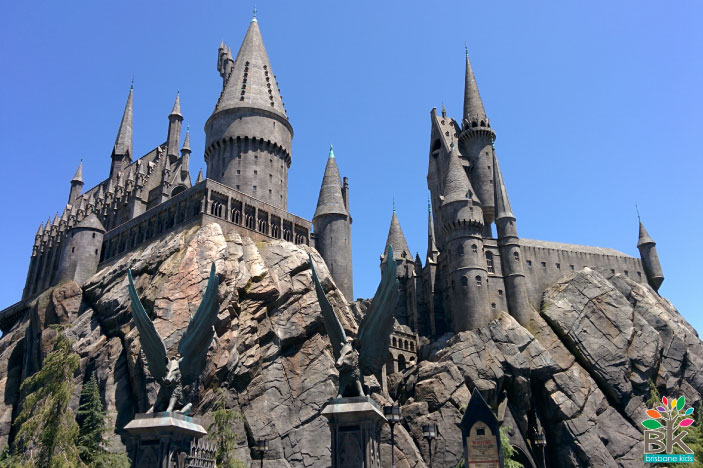 Whether your family includes any Harry Potter fans or not, the newest large-scale addition to Universal Studios Hollywood, The Wizarding World of Harry Potter, is a truly magical and impressive experience. We just adored being able to walk the cobblestones and stop in at some of the stores from the Harry Potter novels, and couldn’t quite believe we were really there standing in front of Hogwarts.

Our family spent over three and a half hours of our one-day exploration of Universal Studios Hollywood in Hogsmeade alone. Sure, we have an 11 year old Harry Potter fan girl, but the entire family loved the immersive nature of this experience that truly made you feel like you had stepped inside a JK Rowling novel.

Just some of the things the whole family can enjoy in The Wizarding World of Harry Potter at Universal Studios Hollywood include: 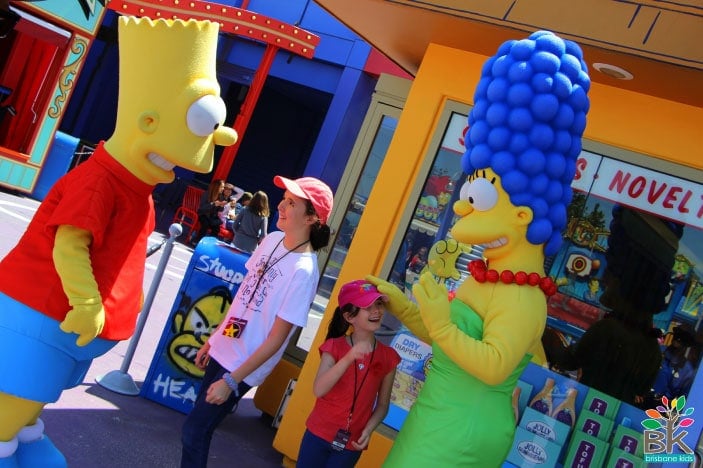 The 2D world of The Simpsons comes to life in Springfield USA at Universal Studios Hollywood, and there aren’t many kids (or parents) who won’t recognise iconic Springfield locations like Moe’s Tavern and the Kwik-E-Mart! The Simpsons characters can also be found in Springfield, offering opportunities to pose for a photo with life-size members of our favourite animated family.

With fun fair style amusements and the thrilling virtual reality rollercoaster, ‘The Simpsons Ride’, visitors can walk the streets of Springfield, stopping for a snack or meal at any one of these Simpsons’ themed spots –

5. Have a ball in Super Silly Fun Land 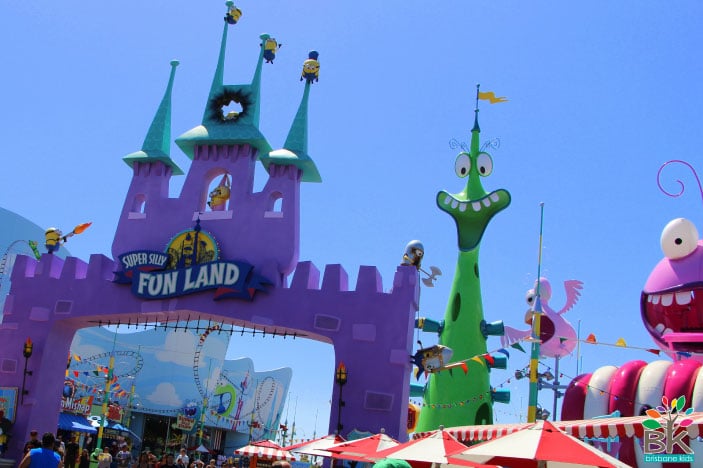 Fans of Despicable Me will know all about Super Silly Fun Land. The amusement park, located on a pier, was visited by Gru, Agnes, Edith and Margo in the first instalment of the Despicable Me movies. Super Silly Fun Land at Universal Studios Hollywood is a play area that’s perfect for families, as it gives kids the chance to burn off some energy on the play equipment or, in warmer weather, to splash about with the dozens of water play features. 53 Minion statues are located throughout Super Silly Fun Land, providing plenty of photo opportunities. If you’re lucky, you may even spot a live Minion or two, who are only too happy to pose for a photo.

One of Universal Studios Hollywood’s tamer rides is also located in Super Silly Fun Land. The Silly Swirly Fun Ride is great for kids who may be a bit timid with the thrill rides throughout the rest of park, or those who just love to spin and fly through the air. We found the queues for this ride to be minimal, so our Brisbane Kids went on again and again.

Following the trend of virtual reality 3D and 4D rides that can transport you to another world from the comfort of your seat, Minion Mayhem takes families on an adventure to become Minions. The Minion training mission will see you travel through Gru’s laboratory, where chaos ensues. Be sure to check yourself out on the big screen at the Minion dance party at the completion of the ride—it’s a tonne of fun!

Other attractions to discover at Universal Studios Hollywood 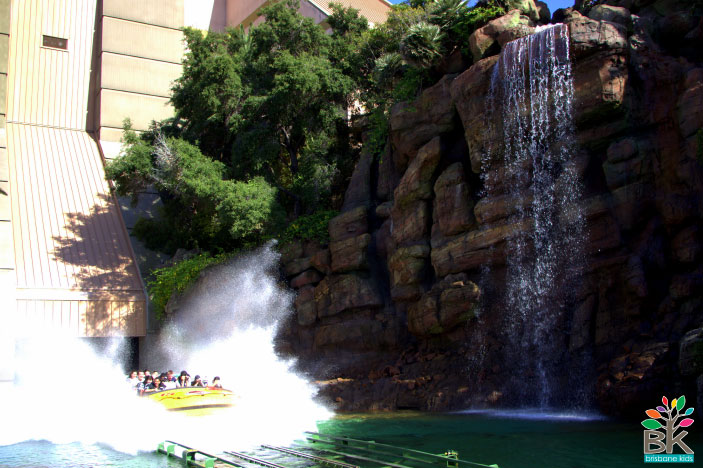 Whilst the above should be the top priorities for families visiting Universal Studios Hollywood, there are also dozens of other experiences to be enjoyed. Particularly for families with older children (or daredevils), you will also want to check out –

Take a look at our video below for a glimpse at just how fun a day at Universal Studios Hollywood can be!

Universal Studios Hollywood is located at 100 Universal City Plaza, Universal City, Los Angeles. Opening times vary throughout the year. To find out more, and to plan your visit, check out http://www.universalstudioshollywood.com/.

*The writer was a guest of Universal Studios Hollywood. Visit: www.universalstudioshollywood.com*

If you’re looking for a great place for your family to stay while you explore the theme parks in Los Angeles, we’ve found it! Take a look at our full review of The Magic Castle Hotel – the best hotel in Los Angeles for families. 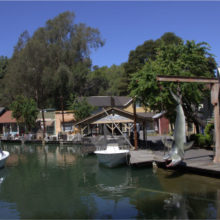 Amity Island on the Studio Tour 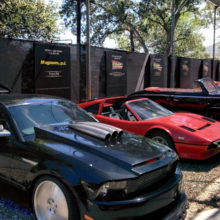 Cars from the movies on the Studio Tour 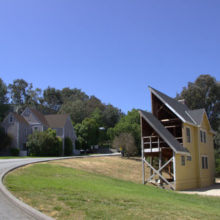 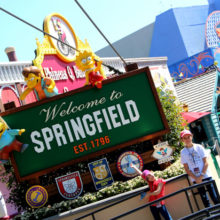 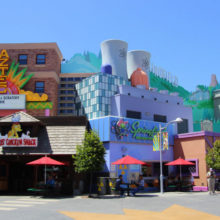 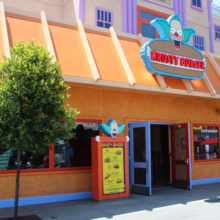 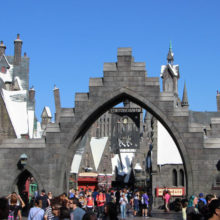 Entrance to The Wizarding World of Harry Potter 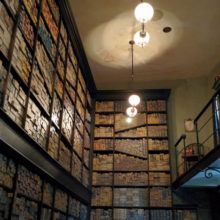 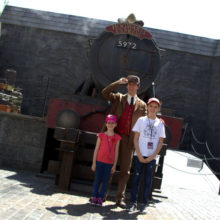 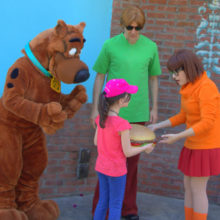 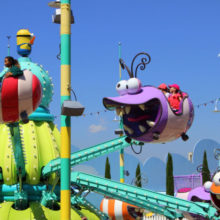 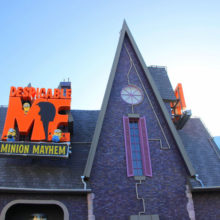 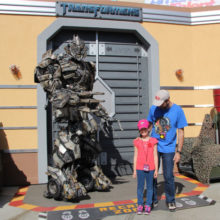 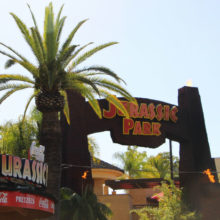 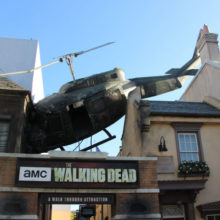 Brooke Powell
Brooke has been writing for Brisbane Kids since 2012, when she submitted a park review for us and was ‘discovered’. Prior to stumbling upon her talent for stringing words together in spectacular fashion, Brooke worked in roles for high profile global brands including Allianz Insurance, Marks & Spencer and Westpac. A strong regard for superior customer service, coupled with a passion for discovering awesome things to do and places to visit with her daughters and husband makes her perfect for both reviewing and advocating experiences for Brisbane Kids.