Find Out When the International Space Station is Going Over Brisbane 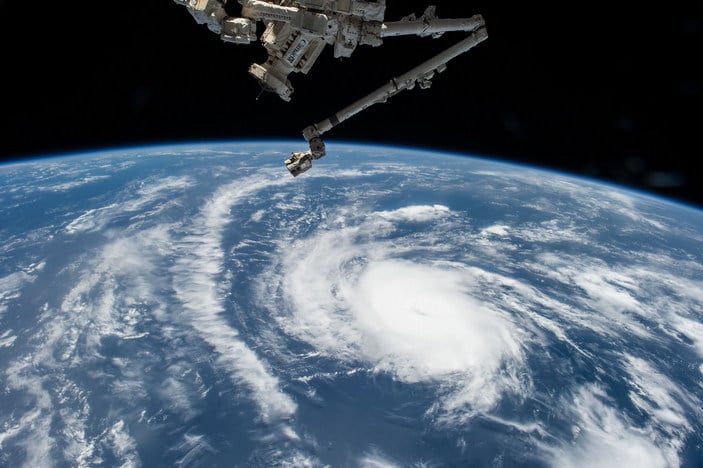 Kids love everything to do with space, from stars and planets to astronauts, rockets and space travel. It probably has something to do with the fact that it seems like something mystical and fictional and yet it’s actually real. And one thing that makes the idea of man in space even more real to kids is getting to see the International Space Station crossing the night sky!

About the International Space Station

The International Space Station is a habitable artificial satellite that orbits the Earth. Construction of the space station began in 1998, and it is continually being maintained, repaired and expanded. It has been visited by astronauts, cosmonauts and space tourists from many different countries, and is typically inhabited by a crew of up to six members. It is essentially a research laboratory for experiments in space conditions and microgravity in many different fields, from biology and physics to astronomy and meteorology. It is also a test station for spacecraft equipment and systems.

Read on for some fun facts about the International Space Station below! 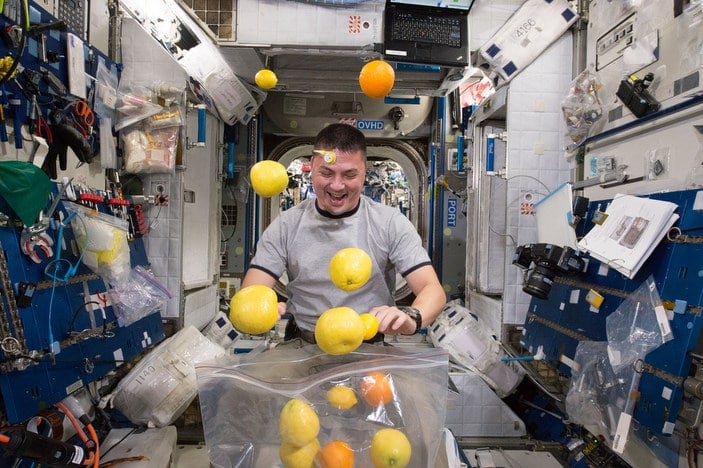 The International Space Station is one of the brightest objects in the sky and can be easily seen by the naked eye. It looks like a slightly larger and very bright star moving slowly across the sky. Since it completes almost 16 orbits of the earth per day, good spotting opportunities occur very frequently and can last several minutes.

Older kids and adults alike love spotting the station because of how it connects them with the reality of astronauts and space travel. When you see it, you can’t help but be in awe of the fact that there are people literally on the space station right at that moment, living in microgravity, conducting scientific research and looking down on our blue planet from space! It can launch discussions into these topics that are usually so far removed from our everyday lives, and can ignite their interest in learning more about this fascinating field.

For little kids who are too young to understand the concept of space stations, what could be better than being outside after dark, looking up at the beautiful night sky and making a wish on a shooting star? That’s pretty magical! 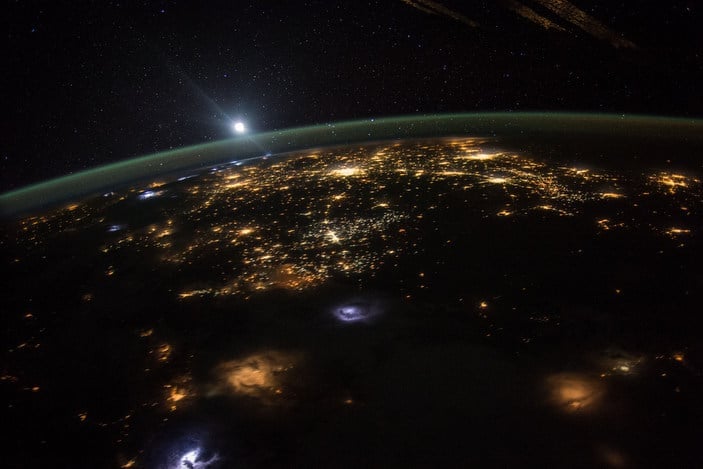 When Will the International Space Station Pass Over Us?

Spot the Station is a NASA service that lets you know via SMS or email when a good sighting of the station will occur near you. It is available for free, worldwide, giving details for over 6,700 locations around the world. And don’t worry, you won’t be getting 16 messages per day! Spot the Station will only notify you of good sightings, where the space station is high enough in the sky that you will be able to see it well and for a decent length of time — usually occurring anything from a week to a month apart. You can simply click here and select Brisbane, then enter your details to sign up for alerts. You can also visit nasa.gov to find out who is on the station right now!

You can also visit iss.astroviewer.net for the view from the space station directly down to earth, so you can see what the astronauts are seeing right now as well as the ground-track of the station’s next orbit.

There are also many, many Apps that you can download for either Apple or Android devices to help you track and observe the International Space Station. Just visit the Google Play or iTunes store to find the best one for you! You can also see here for a full list of NASA Apps. 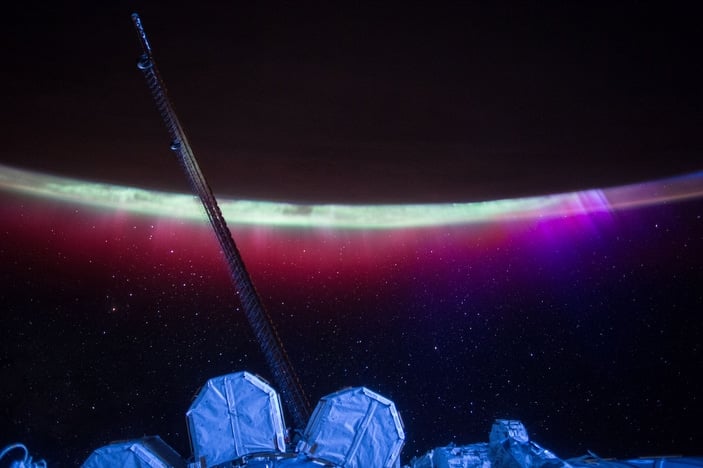 What if your child wants more information on astronomy

We found this beginner guide article to star gazing that even taught us a few things. You will be surprised as what little equipment (or none at all), that you and your child need to enjoy the stars. Beginners Guide to Astronomy 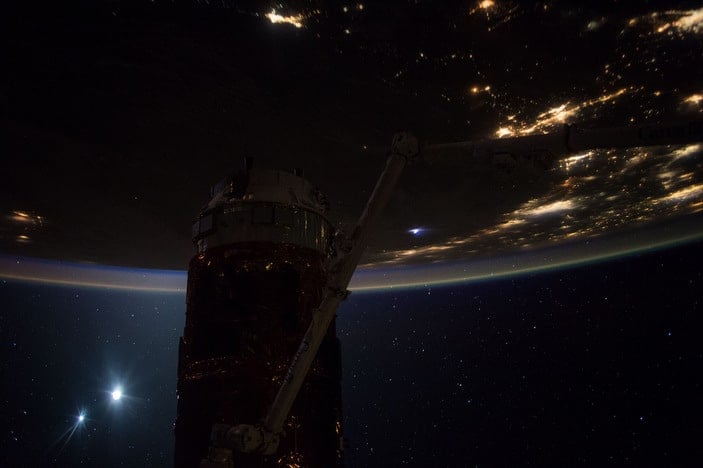 For other ideas to nurture your Brisbane Kid’s interest in space or science, check out Kids Astronomy Brisbane and The Sir Thomas Brisbane Planetarium at Mt Coot-tha.