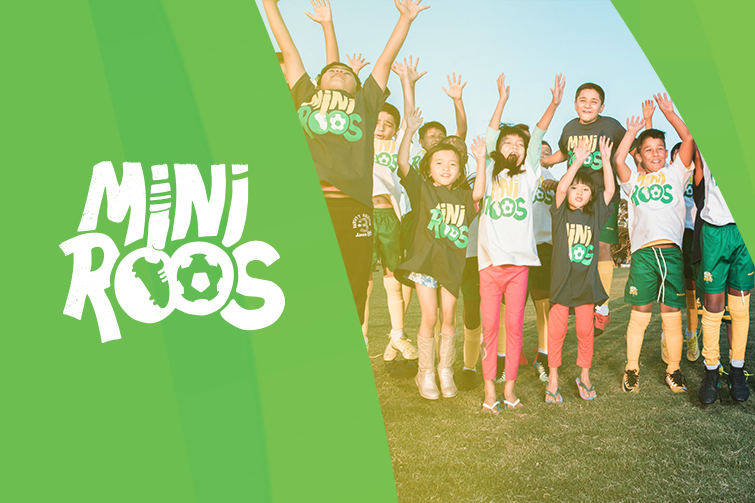 Winter is coming and that means the football season is upon us.

No matter where you live in Brisbane, a local football club will have a MiniRoos program nearby.

MiniRoos is a nation-wide initiative designed for budding footballers of all abilities. The program is available in two forms:

Club Football is a team-based version of football played during the winter season for boys and girls aged 5 – 11. The smaller fields, modified rules and fewer players mean a more enjoyable game with more opportunities to touch the ball and more opportunities to score goals, once again increasing the likelihood of an overall positive experience.

The parent and kid-friendly program was developed by Football Australia and uses short, game-based sessions to introduce football to newcomers in an inclusive way.

A relaxed environment for kids

As your child progresses through the various age groups, they will be introduced to playing environments that most suit their stage of development and prepare them for the transition to 11v11 football when the time comes.

Children enrolled in MiniRoos football learn new skills, get active and make life-long friends. And who knows – it may be your child’s first step towards the Matildas or the Socceroos!

Who is Football Australia?

Football Australia was established in 2004 and is a member-based organisation loosely based on Australia’s federated system of government.

Football Australia’s membership is comprised of:

Each of these governing bodies has a commitment to comply with the Football Australia constitution, applicable statutes, by-laws and regulations, and are responsible for the game within their respective geographic region.

Find your nearest club in Brisbane by visiting the MiniRoos Program Finder website.

For more information on MiniRoos, please have a look at the Parent Information Pack or make an enquiry by contacting [email protected].