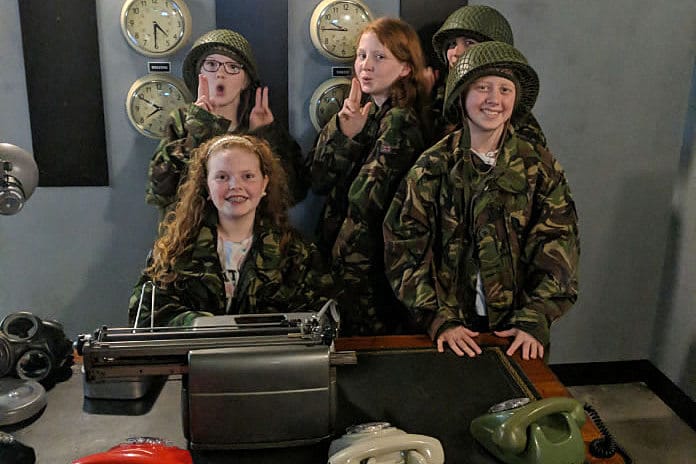 Fox in a Box escape rooms provide an incredibly immersive experience, with amazingly detailed rooms and great puzzles to solve.

Escape Rooms at Fox in a Box

An escape room game is a real-life game where everyone is in a room, or series of rooms, and they have to work together to find clues or objects to solve various puzzles and either escape the room or solve the final objective within a 60 minute time frame. Fox in a Box have the largest and most immersive escape rooms in Brisbane and a total of 6 rooms to choose from –

To find out more about Fox in a Box escape rooms, and to book your next escape, head to https://www.foxinaboxbrisbane.com/. 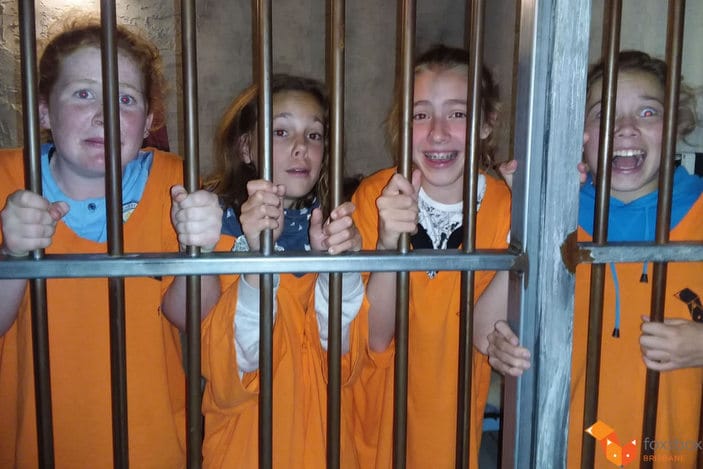 What is an Escape Room for children and teenagers?

Escape rooms aren’t just for adults! Fox in a Box can modify the clues and puzzles in several rooms to make them more suitable for the age of the children and teenagers who are playing. They recommend you choose Prison Break, Prison Break Head to Head, Bunker, or Zombie Lab for a younger audience where they can easily make these changes. Zombie Lab can be scary in places for younger or sensitive children, so if you are not sure about booking this room give Fox in a Box a call.

Each room also has a dedicated Game Master who is watching and listening to what is happening. This inlcudes between 6 and 8 cameras in each room, as well as ceiling-mounted microphones and speakers so staff can watch and listen to everything that is happening. Via this system, the Game Master can encourage the children to explore, work out the clues and work together as a team to crack the mission. They can also give multiple hints as and when required to make sure the game keeps progressing. 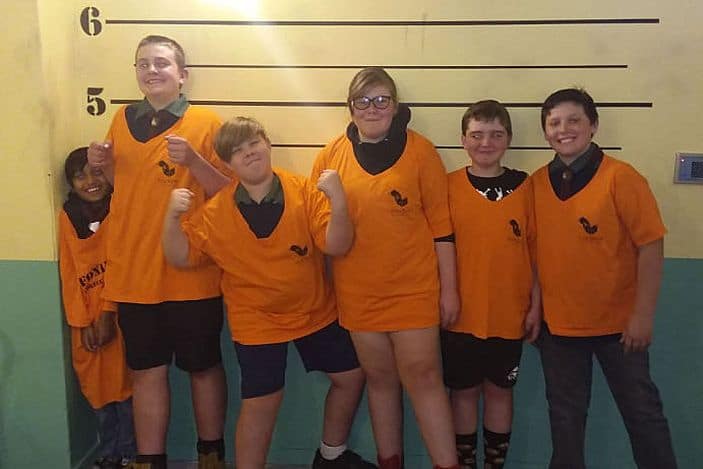 How many people can play?

Each of the Fox in a Box escape rooms can take from 2 to 6 people, however, because they have 2 identical prisons, you can also book Prison Break Head to Head where 7 to 12 people (split across the 2 prisons) all compete to see who can escape first. This is great for a large group of friends! 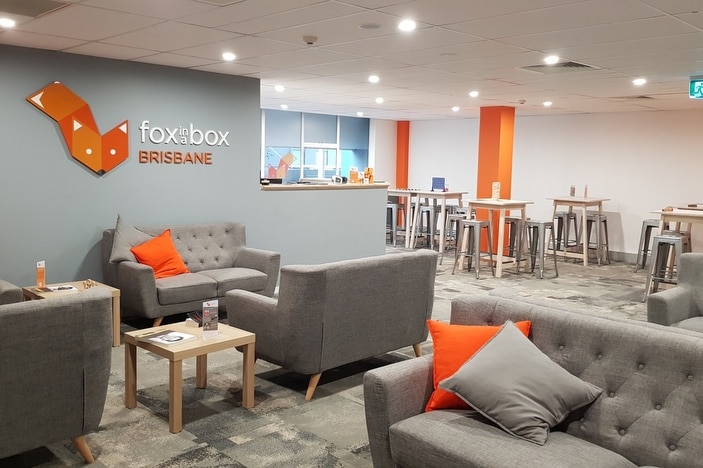 How about escaping from prison with a birthday cake as well or saving the world from a nuclear disaster and coming out with presents as a result?! At Fox in a Box they can include special items such as birthday cakes, presents and cards into the role play of the room to make the event even more memorable. Their reception area seats 42, with a mixture of lounges and high bar tables and stools. The bar tables and stools can be arranged for a great party area and, with prior arrangement, you can bring in your own party food and drinks, or Fox in a Box can arrange catering (depending upon the day and time of your booking). 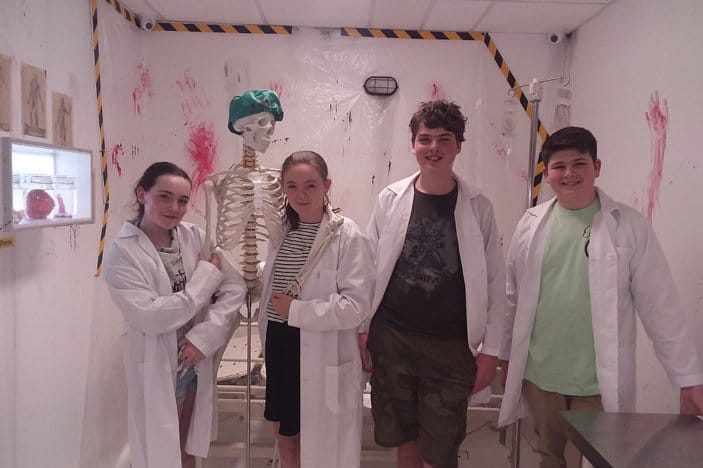 There’s no doubt that an escape room adventure at Fox in a Box will be a truly memorable experience. Ages 10 and above is recommended, but everyone is welcome to play. Children under 7 play for free. Ages 14 and under require a guardian to be present during arrival and when the game finishes, however the guardian does not have to partake in the game. 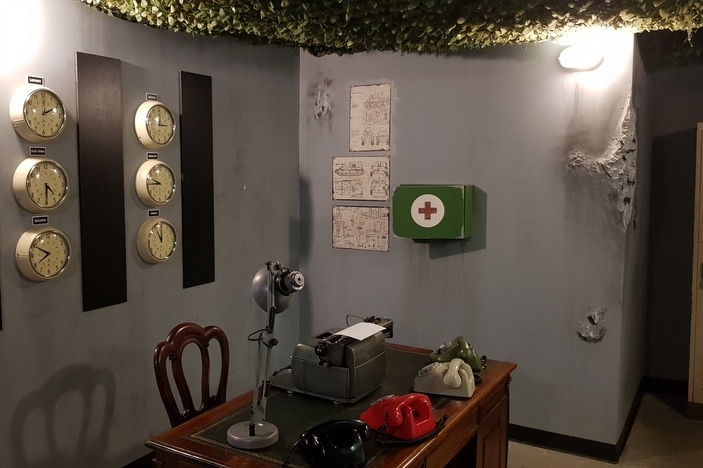 Why Fox in a Box?

Fox in a Box Brisbane is part of the international Fox in a Box Escape Room Company, whose head office is located in Stockholm, Sweden. The company has developed purpose-built escape rooms for BMW Europe, Red Bull Mind Games and The Late Late Show with James Corden, to name a few. This is the company’s first location in the Southern Hemisphere and they are extremely excited to open their first flagship Australian location in Brisbane.

To find out more about Fox in a Box escape rooms, and to book your next escape, head to https://www.foxinaboxbrisbane.com/. 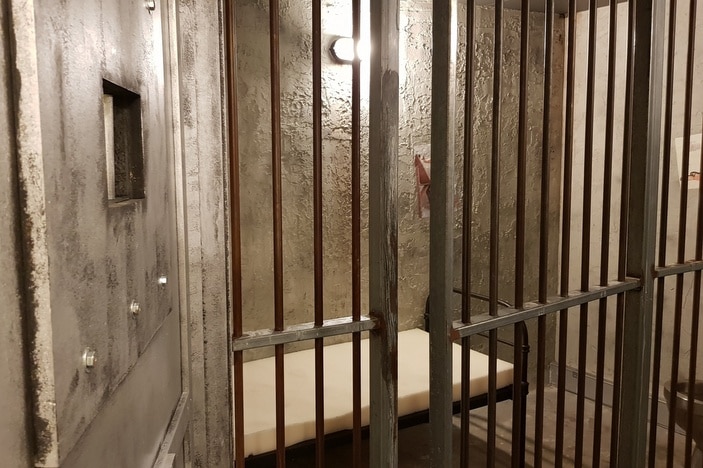 ‘So much fun! We went to fox in a box with a group of 7 and split up to do different rooms and everybody had an absolute amazing time. The whole group had so much fun, that we actually came back the same day and did another room. We just couldn’t get enough. I had the pleasure of doing the Zodiac Killer, Prison Break head-to-head and also the Tesla room and all of them where absolutely amazing. I have never done an escape room before and the effort and thought put into all of the rooms and the attention to detail blew my mind. This was the most fun activity I had done in a while! Absolutely recommended!‘ – Sunny H, Trip Advisor review, August 2019.

‘Best escape rooms in Brisbane. So addictive that we finished all of their rooms in the first 9 days of opening. Easily the best rooms in Brisbane. The staff are all super friendly and welcoming. The puzzles are dynamic and interesting without being samey like a lot of rooms. The rooms are all very different and interactive. Would recommend to all!‘ – David M, Trip Advisor review, July 2019.

‘An amazing afternoon! A highly enjoyable experience, even if we didn’t finish the room in time. The Prison Break room was a great introduction into escape rooms and had us eager for more! Super friendly and welcoming staff who helped us through the whole experience. Definitely recommend and can’t wait to return for more!‘ – Hannah, Trip Advisor review, July 2019.