FAMILY FRIENDLY CRICKET IN BRISBANE WITH THE BIG BASH 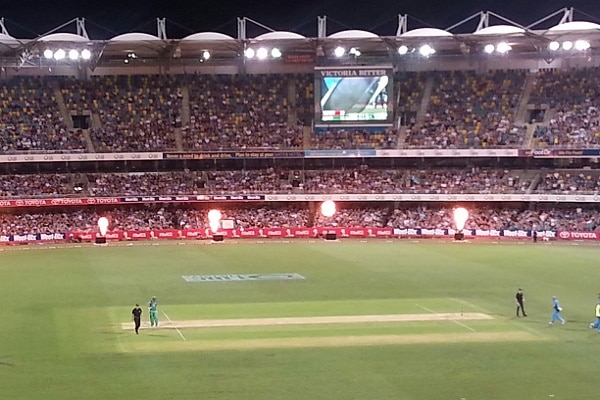 CRICKET HAS HISTORY FOR EVERYONE

I have fond memories of my childhood, sitting in the old wooden stands at The Gabba watching the First Test of an Ashes series with my Grandpa; a man who played, lived and breathed cricket his whole life, and who would visit us from England every four years when the English team were touring. I would sit patiently, listening to him explain the swing or pitch of the ball, the LBW rule (over and over), the reason for the field positions and the errors in the batsmen’s footwork. These were long days. Five of them in a row, every four years.

These days, as a mother of 2 kids (Miss 6 and Mr “I’m almost 4”), I have been keen to get my own children interested in cricket (it is in the blood after all!), and I’m aware that it is probably best to avoid the lengthier games that might try young patience. I have also been looking for a new family friendly night out for the school holidays that is away from screens and is out in the fresh air. Needless to say, I was thrilled to be asked as a Brisbane Kids writer to head along and review the new phenomenon of The KFC T20 Big Bash and to experience what all the hype was about. 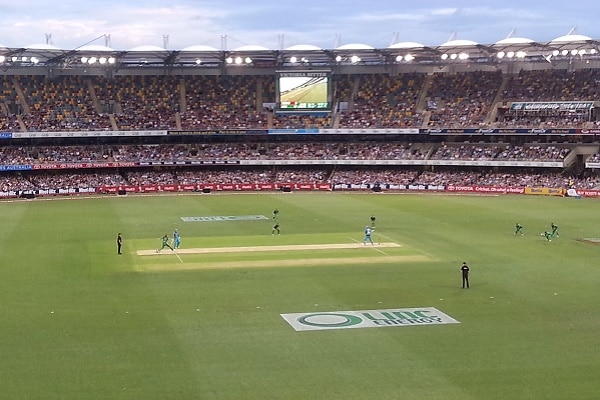 With tickets to see the Brisbane Heat take on the Melbourne Stars in our hands, we took advantage of the free public transport to The Gabba and took the kids on their first ever train and bus rides. For me, the tradition of taking public transport to the event provides an anticipation that sets the foundation for an exciting adventure for children. 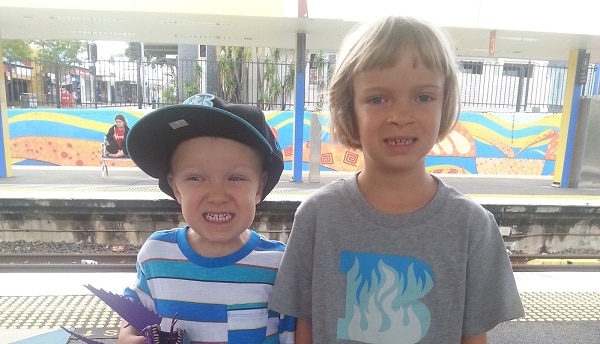 I had already been told the Big Bash was fast paced, and this expectation was met with a prompt 6:15pm start time where players enter the field and play starts almost immediately. The crowd roared in their appreciation and delivered a visual cheer via the abundance of turquoise Brisbane Heat inflatable clappers going at a frenetic pace. Wickets were falling and boundaries were being smashed, leading to the giant fire cannons bursting massive flames into the air. Mr “I’m almost 4” was convinced that there was a Night Fury Dragon making the flames happen. He may not have understood what a wicket or a boundary meant for the teams, but he was cheering for them anyway.

A CRICKET GAME FOR YOUNG SPECTATORS

Cricket has a reputation for its complex rules, and this can make it tricky for kids (and new spectators) to understand what is going on. What I liked about the fast paced T20 game is that the game play was supported by a very friendly and entertaining announcer who was quick to help out with the rules that mattered.

HALF TIME, CHANGE SIDES AND THE ROCKET MAN

Towards the end of the first innings, a very friendly usher tapped me on the shoulder to check if I had collected the complimentary ear plugs at the gate for the kids. She told me that “The Rocket Man” is a feature at half time, and returned a couple of minutes later with a pair of ear plugs – and thank goodness she did! The Rocket Man was a space man looking character with what I can only assume was compressed air “rockets” strapped to his back that he used to blast off in front of us and propel himself all the way across the field. All the kids watched in awe and erupted in cheers as the Rocket Man landed precisely on the Brisbane Heat Logo on the other side of the field. You can check out his skills here www.brisbaneheat.com.au/fans/dance-crew-and-rocketman. 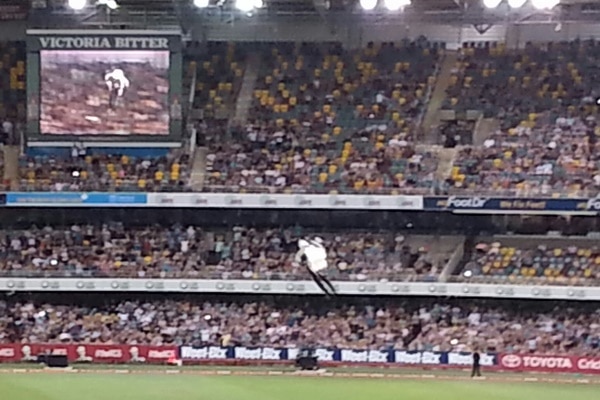 Perhaps the best “non-cricket” entertainment of the night was delivered by the Brisbane Heat Mascot “Heater”, who entertained the kids on the boundary line and in the stands with acrobatics and dance skills. He posed for selfies with the kids and made sure he included those in the upper tiers with points and waves that seemed to make the kids’ night. 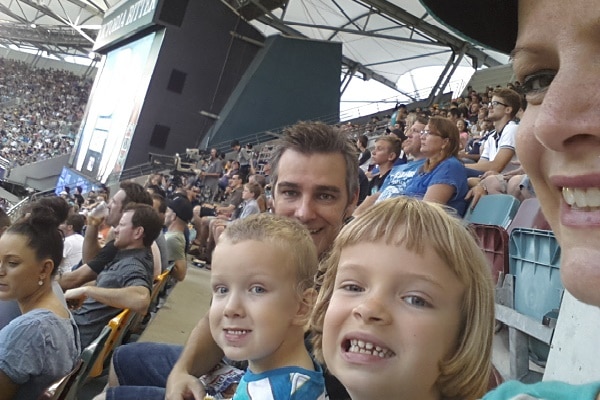 Credit must also go to the music from the Gabba Brass Band that kept the energy up, and the hip-hop dance crew down on the boundary line who appeared to keep the kids near to them entertained.

The sea of teal blue in the stands showed just how popular the Brisbane Heat merchandise is with fans. I was impressed with the number of female merchandise items and the options of flattering supporter’s wear for women, rather than just the usual shapeless men’s t-shirts. You can check out the merchandise for all the teams on the KFC T20 Big Bash Website (www.bigbash.com.au) 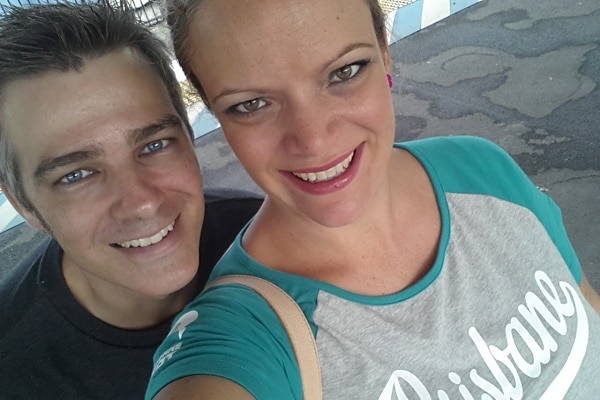 CRICKET IS A GREAT FAMILY NIGHT OUT

When I asked Miss 6 the next day what she loved most about the night at the cricket she responded with “Winning”, “And the fire! I loved the fire!”, “Oh, and the big hits over the fence that made the dragons shoot the fire!” As for me, I really enjoyed introducing my kids to cricket and immersing them in a game that seemed to be perfectly catered to their young ages. Best of all, you can take a family to a KFC T20 Big Bash for less than $45, which to me is a really affordable night out, not to mention that it encourages a family culture of active, healthy entertainment.

The best way to secure your tickets to a KFC T20 Big Bash Match is to book them online at http://goo.gl/i6R4RC.

You can also purchase tickets at the ground on game day. Either way, get in quick as the season moves as fast as the matches – fast! So check out your favourite team and let your whole family enjoy the fun and excitement of match day at an affordable price.