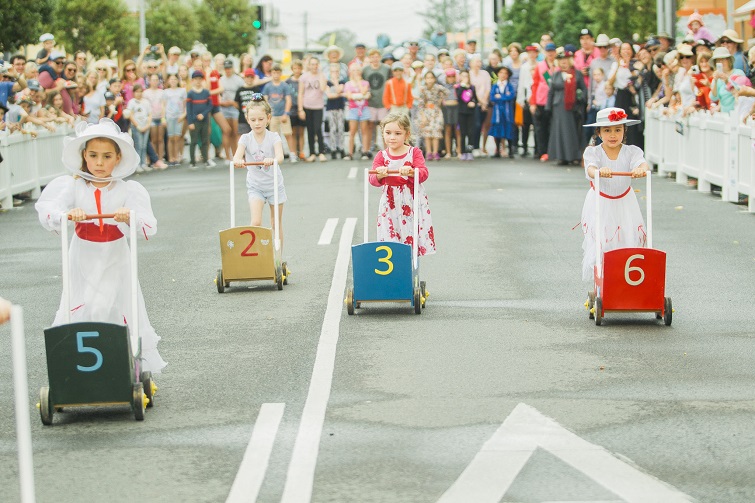 The highly anticipated Mary Poppins Festival is returning to the Fraser Coast in 2021. This year’s 4-day event will be held on the 26 – 29 August (postponed from original dates 1- 4 of July) in various locations around Maryborough.
This year’s FREE festival showcases the town’s unique link to storytelling for all ages through all art forms. From music concerts backstage and onstage at the Brolga to pop up performances in the Bond Store Basement.
The signature event is the Mary Poppins Festival Day in the Park, held on the 29th of August, where Maryborough’s glorious heritage streetscapes are transformed into scenes from the Poppins novels. Nannies race each other pushing prams in the great Nanny Challenge; chimney sweeps compete in the Chimney Sweep Dash while Mary Poppins characters come to life from the pages of books and mingle with the crowd.
The festival honours the author of the Mary Poppins books, Pamela Lyndon Travers, who was born Helen Lyndon Goff in an upstairs bedroom of the former Australian Joint Stock Bank building in Maryborough on 9 August 1899. The bank is now an interactive museum called the Story Bank of Maryborough, which will feature prominently in the festival.
Find all the details here https://www.marypoppinsfestival.com.au/
+ Google Calendar+ iCal Export