Ekka Wonder — The goat will not eat your clothes 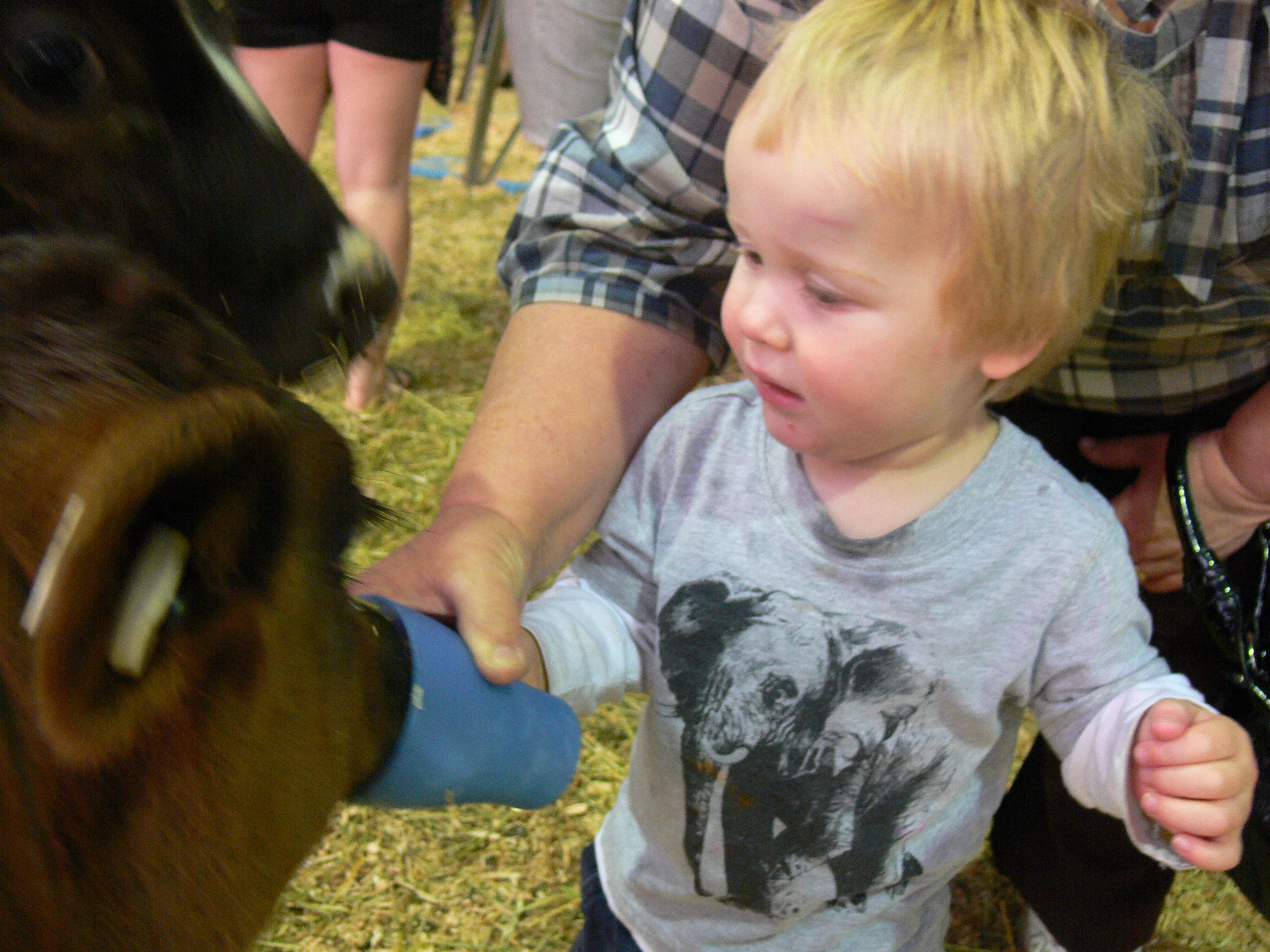 The Ekka — One pregnant mum, her mother-in-law and 2 crazy Brisbane kids.

The Royal Brisbane Show is clearly one of those big events where you either get its magic or you don’t, and I am one of those ‘stars in my eyes’ type Ekka person. When I was young, my single mum could never afford to take me to the Ekka, and it was on the odd occasion with my dad that we would go. But for me, I missed out on some of the magic my husband talked about from when he was a child, and committed to making it an annual event with my young family. It does involve an amount of budgeting and a huge amount of energy and patience, but every year since we began our family we have made the magic happen. 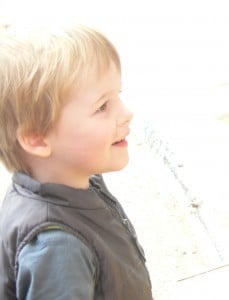 With 2 boys under 5 (one with sensory issues) the show is a big deal for us as far as logistics go. This year was no exception. I was lucky my mother-in-law decided to come and double lucky that my father-in-law conveniently decided to develop a headache (yes he was coming), but instead he dropped us in and picked us up.

For me, the clowns are the iconic Ekka game and every year I relish the look upon my kids’ faces as they pop the ball towards the clown’s mouth. Master 4 decided it would be more fun to throw them from a distance and much to the horror of the side show person missed his mark more than once. He also decided it would fun to steal his brother’s balls and try and put them into his own clown. Patience intact (just) we left our first game with a plastic crocodile ‘YES!!!” (says master 4) and a plastic truck.

Moving on, we headed straight to the animal nursery because — let’s face it — cute kids + cute animals = extremely satisfying. Would you believe Master 4 decided to take a sensory turn and refused to enter? Lucky my animal lovesick 2 year old got to go in with his nanna while I contemplated how I was going to convince master 4 that a goat ‘would not eat your clothes’. It did get me thinking about what must be going through their little heads … and I imagined that believing a goat could eat your clothes could be quite horrifying. In the end, I was saved by a rather interesting looking wishing type well in the middle of the animal nursery that Master 4 insisted on inspecting further, and without warning he skipped excitedly into the enclosure … patience still intact … just. 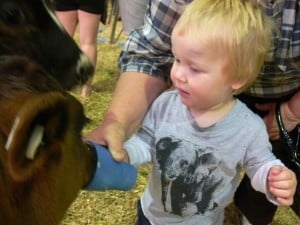 Honestly, for me, the animal nursery makes you want to sell up and move to a farm because the joy on their little faces is beyond what normal every day fun provides. An hour and a half later (you heard me) with many cups of food, many cuddles of every goat and sheep, and finally convincing master 2 to leave the cows alone we left a little more weary, but at that point our Ekka visit was already worthwhile. I seriously could have gone home at that point a happy mum. I took more photos than was necessary because I wanted to never forget that my Jack and Tom really were experiencing something magical and I was lucky enough to witness it. 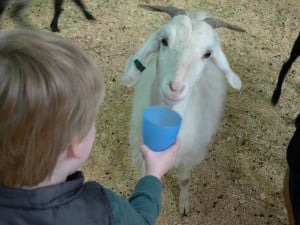 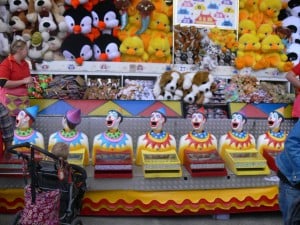 Next we progressed to the food and paused for a disgustingly sweet slurpie concoction, some hot chips and some strawberry sundaes. NOW I have never had a strawberry sundae before — more a chocolate girl — BUT they were AMAZING. I have never ever ever tasted such amazingly creamy strawberry goodness in all my life. My pregnant belly and I were extremely happy. I strongly recommend, endorse and implore everyone to try an Ekka strawberry sundae in their life at least once. (And … don’t be fooled by imposters — if it doesn’t say specifically the words strawberry sundae, then it isn’t one.) 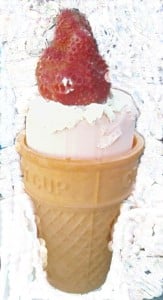 Finally we topped off our visit with the showbag pavilion — got a couple of cheap bags, some of those cool windmill creations and some bubble blowers. So far, the super cheap windmill has won the prize for the most played with toy from the Ekka. Overall, the atmosphere was one of family and kids and so it was enjoyable and carried us through our ever growing heavy legs.

We obviously didn’t get to see everything and frankly it would be nice to go back without the kids and just with my husband and eat and drink our way through while checking out all the exhibitions. However, that’s what I like about the Ekka — I have been to quite a few events and theme parks with my kids and have always gone home earlier than expected because we have done everything at least once (as is often the case with younger kids). This is not the case with the Ekka — we left because master 2 was about to have the tantrum of the century due to lack of sleep. What is more, those things we didn’t do weren’t about more rides and more money — they are simply more opportunities for the kids to experience and see things they wouldn’t see on a normal day like the dog pavilion or the food exhibits or the ring shows or even baby chicks hatching. 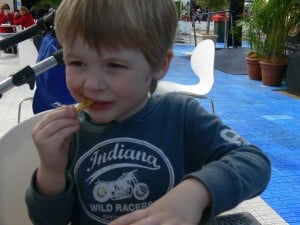 My verdict: A great value day out — kids under 5 free — and for me, a really nice opportunity to give my kids a taste of rural Australia.

And on another note — one of my highlights was the amount of country gentlemen — 40 plus men from the country who went out of their way to move out of the way for us, pull a chair out of the way, or simply say hi politely as we walked along … looking at us straight in the eye as they said it … it was refreshing … which is a whole different blog for a whole different day. 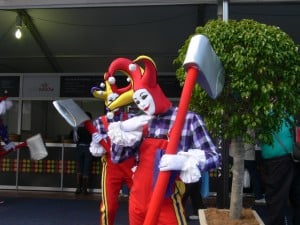