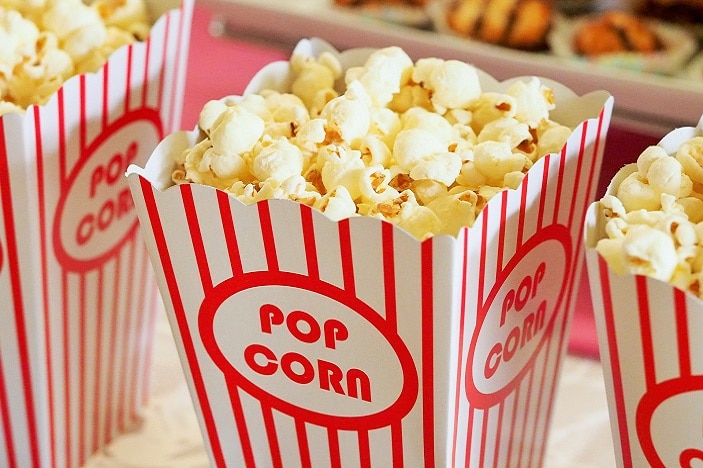 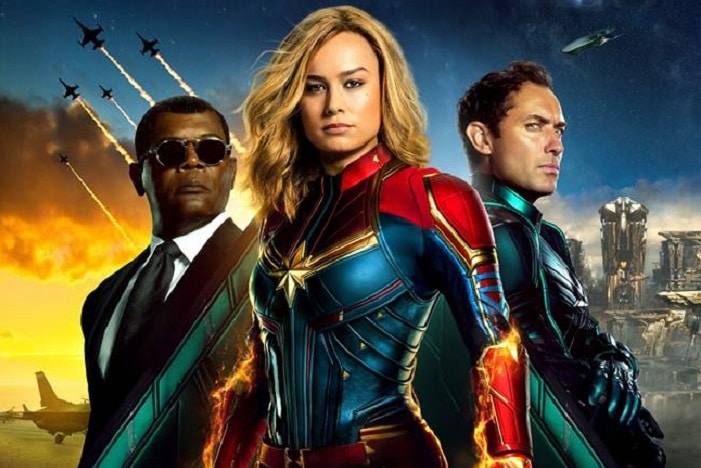 A great movie for older Brisbane Kids (teens) Captain Marvel is based on the Marvel Comics character Carol Danvers, a former U.S Air Force fighter pilot who’s DNA fused with that of a Kree during an accident, leading her to question her past when Earth is caught in a galactic war between two alien races. Please note the movie is rated M due to action violence and is recommend for Brisbane Kids aged 15 years and over.

Captain Marvel The Review: The Captain Marvel movie is most definitely about girl power, but it goes beyond that. It’s a story of resilience and human compassion; one of following that gut feeling sometimes instead of just what you’ve been taught. For this reason alone, it’s a must-see for Brisbane Kids and their families. Primarily set in the 90s, Captain Marvel is a movie that will appeal to all audiences (with some special inclusions for those of us who grew up in this era), and links in to the Avengers movie series. It’s a delicious teaser for Avengers: End Game (coming out in Australian cinemas on 24/04/2019) that also introduces some more context to the Avengers storylines.

There’s been a lot of hoo-ha about Captain Marvel and the introduction of a female superhero, but this was a movie that our family of Avenger/Marvel fans absolutely adored. As far as we were concerned, Captain Marvel could be boy/girl/other and we would love the story just as much.

You can check out the official trailer for Captain Marvel below:

To find out more about the upcoming movie, Captain Marvel, click here

The LEGO Movie 2: The Second Part 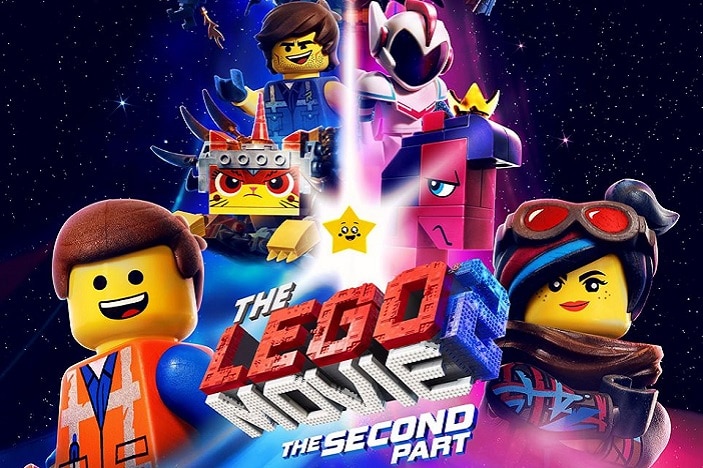 Everything is not so awesome anymore in Bricksberg, as all the citizens are facing a huge threat from outer space and Lucy is brick-napped! Now Emmet must go where no brick has gone before in order to save not only Lucy, but also his beloved city. If your Brisbane Kids loved the first LEGO Movie, put this one on your must see list these school holidays!

You can check out the official trailer for The LEGO Movie 2: The Second Part below:

To find out more about the upcoming movie, The LEGO Movie 2: The Second Part, click here 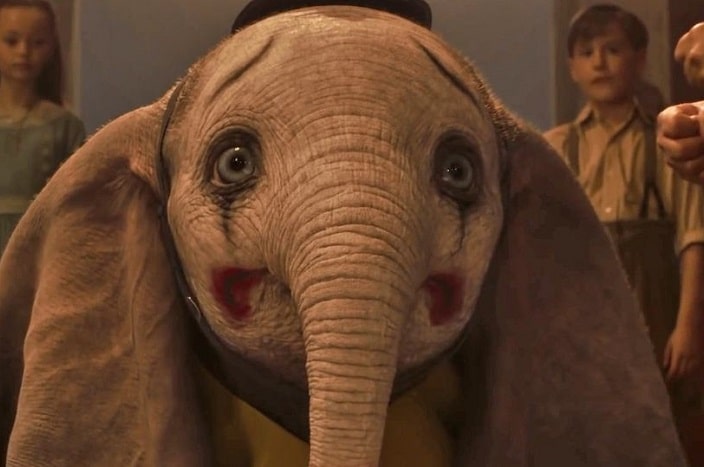 The first of many real-life Disney remakes for the year, Flying into cinemas, Dumbo, the live-action adventure, expands on the original animated Disney movie about a newborn elephant with giant ears who becomes a laughingstock at the circus. That is, until Dumbo discovers he can fly and helps the circus make an incredible comeback!

Dumbo The Review: This 2019 live action remake of the 1941 family classic is sure to tug at your heartstrings (I cried no less than 3 times, so bring the tissues!), and the digital animation of the gorgeous Dumbo is just so beautiful that even thinking about his big blue eyes still has me smiling. The costumes, the animation, the sets, the actors – it’s all just a stunning visual experience with a character we all know and love. As with all Disney movies, the messages of acceptance and kindness shine through and will leave you feeling warm inside long after the cinema lights come up.  Translated into live action under the direction of Tim Burton, the new version of Dumbo does contain some scenes that littlies (under 5s) may find dark or scary. It’s also a fairly detailed storyline that may not hold their attention for the full two hours, so please keep this in mind when considering taking younger children to see this PG rated movie.

You can check out the official trailer for Dumbo below:

To find out more about the upcoming movie, Dumbo,  click here 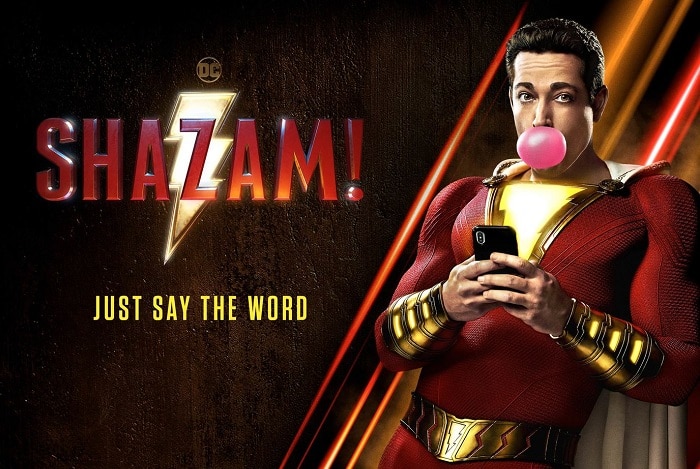 This movie sets out to prove that we all have a superhero inside us, it just takes a bit of magic to bring it out. In Billy Batson’s case, if he shouts out the word – SHAZAM! – this streetwise 14-year-old foster kid can turn into the adult superhero Shazam, and that leads to some amazing adventures and situations! Please note the movie is rated M due to action violence and is recommend for Brisbane Kids aged 15 years and over.

Shazam The Review: Shazam, the newest DC superhero release gets a big thumbs up from us! As you can imagine with a 14 year old superhero in the lead the movie had many laugh out loud moments, but the movie is so much more than just laughs. Shazam delivers important messages about family, acceptance and friendship. Filled with great special effects, the movie mixes action with adolescent humour. It is a movie we would definitely recommended for older Brisbane Kids with a few scary and dark scenes, plus the movie is over 2 hours long (and is rated M), however it should definitely be on your Brisbane tweens must watch list these school holidays.  An insiders hint- stay to watch the credits as there are some additional scenes you will want to see!

You can check out the official trailer for Shazam! below:

To find out more about the upcoming movie, Shazam!,  click here 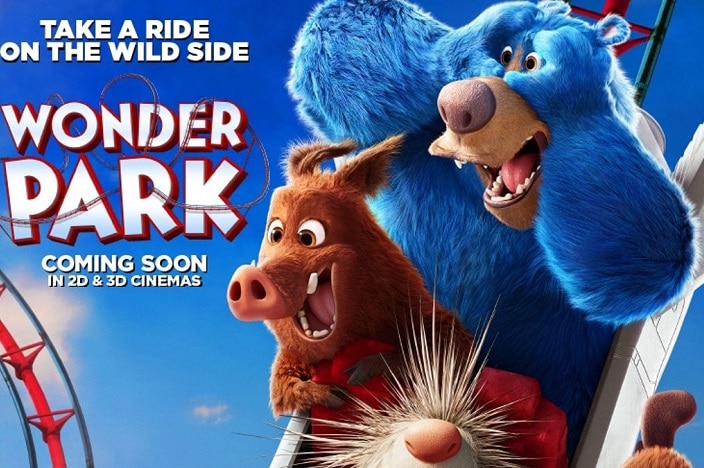 Wonder Park tells the story of a magnificent amusement park where the imagination of a wildly creative girl named June comes alive. Starring Jennifer Garner, Matthew Broderick, John Oliver and Mila Kunis, it has some great messages to take away and talk about with your Brisbane Kids after the movie finishes.

You can check out the official trailer for Wonder Park below:

To find out more about the upcoming movie, Wonder Park,  click here

Back of the Net 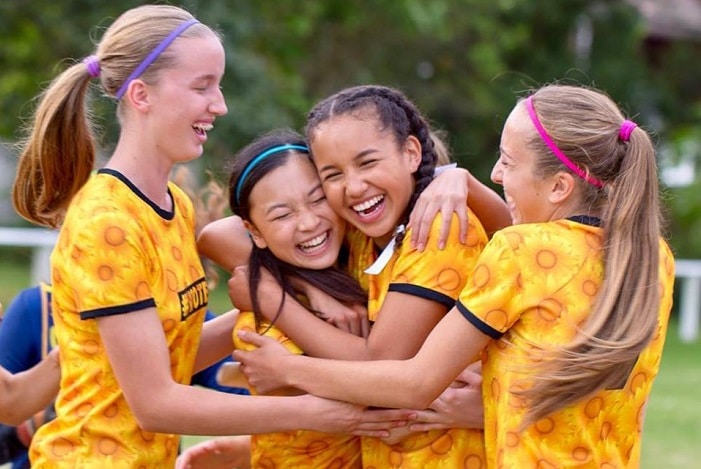 When American teenager Cory (Wiley) accidentally ends up at soccer camp instead of a science academy, she has to combine her science smarts with determination, teamwork and friendship in order to succeed.

Back of the Net Review:  Today we got to attend a special advance screening of the awesome new tween movie Back of the Net. This Australian movie is set in New South Wales and features a great Australian cast along with Disney star Sofia Wylie.This is a feel-good movie about standing up to your rivals, trying something new and never giving up, which is perfect for tweens these Easter holidays!

You can check out the official trailer for Back of the Net below:

To find out more about the upcoming movie, Back of the Net,  click here

The end is coming as the grave course of events set in motion by Thanos that wiped out half the universe and fractured the Avengers ranks, compels the remaining Avengers to take one final stand in Marvel Studio’s grand conclusion to twenty-two films. Please note this movie is rated M due to action violence and is recommend for Brisbane Kids aged 15 years and over.

You can check out the official trailer for Avengers Endgame below:

To find out more about the upcoming movie Avengers: Endgame click here 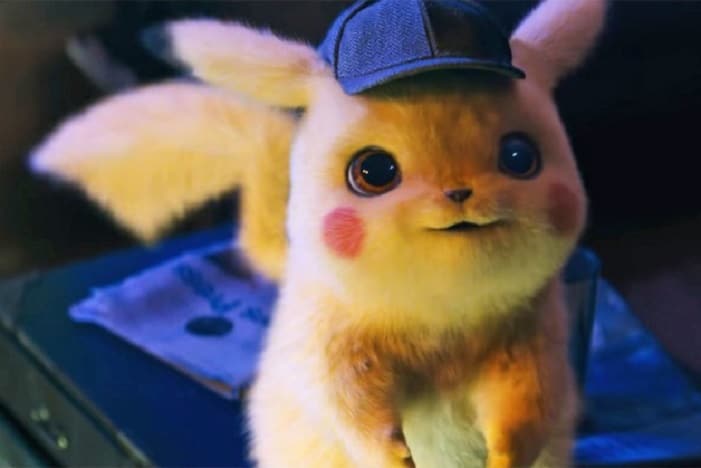 When Tim, a former Pokémon trainer, starts looking for his missing father, he ends up partnering up with Pikachu. As Tim and Pikachu follow the clues through the streets of Ryme City, they discover an evil plot that poses a threat to the Pokémon universe.  Staring Ryan Reynolds as the voice of Pokemon, this is a movie no Pokemon fan will want to miss!

You can check out the official trailer for Pokémon Detective Pikachu below:

To find out more about the upcoming movie, Pokémon Detective Pikachu,  click here 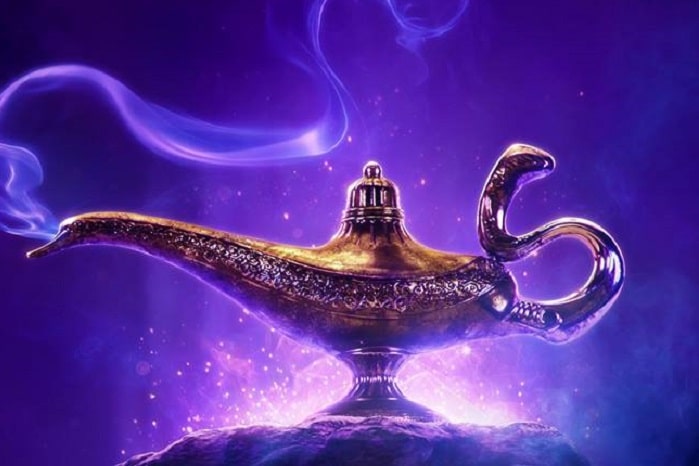 The larger than life Genie, along with Princess Jasmine, the evil sorcerer Jafar, and the charming Aladdin, star in Aladdin, set in the city of Agrabah. Based on Disney’s Aladdin, Guy Ritchie and John August are adding their touch of fast-paced action to this classic Disney tale! Staring Will Smith as Genie, this is one Disney remake your Brisbane Kids will love!

Aladdin, The Review: It seems that Disney is determined to make a live-action remake of almost every film in its back catalogue, and we’re not complaining! The latest offering, Aladdin, is in cinemas nationwide from 23rd May 2019.

Most will already be familiar with the story of the charming “street rat” Aladdin, this time played by Mena Massoud, who wins the heart of self-determined Princess Jasmine (Naomi Scott), in the fictional Arabic town of Agrabah. Loyal fans of the original animated version, now 27 years old, will be pleased to see that there are few deviations from the original plot, and all the favourite sing-along tunes remain intact. There is one notable addition though. In the same vein as Frozen’s Let it Go, Princess Jasmine gets her own power ballad, Speechless, which speaks of her desire to marry for love, not duty, and to take on the title of Sultan from her ailing father. Will Smith provides the comedic relief in his role as the larger-than-life genie. Smith had big shoes to fill (Robin Williams voiced the original, flamboyant genie) but he carries it off in his own unique “Fresh Prince of Bel Air” style.

With colourful Bollywood-inspired dance sequences, a haunting villain who tries to claim the kingdom for himself, and the stunning desert vistas (shot on location in Jordan), Aladdin is a visual feast and a thrilling two hours of escapism.

Aladdin is rated PG because of some intense action scenes and moments of peril which may scare younger viewers.

You can check out the official trailer for Aladdin below:

To find out more about the upcoming Aladdin,  click here