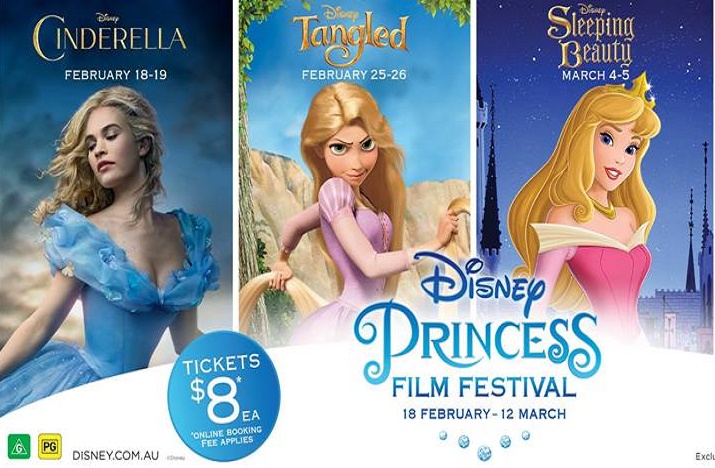 THIS EVENT IS NOW FINISHED

Event Cinemas and BCC are launching their 2017 Disney Princess Film Festival on Saturday 18th February. Running through until 12th of March, the festival showcases some Disney’s most magical princesses animated movies. From the all time favourite The Little Mermaid to the more modern non-animated Disney version of Cinderella, the whole family can see these beautiful Disney princess movies as they were meant to be seen on the big screen over 4 special weeks.

Not only is this a chance to see these great family films at an affordable price with tickets only $8 each, but there are also plenty of fun  to be had and singing and dressing up is a must!

Films at the 2017 Disney Princess Film Festival in Brisbane 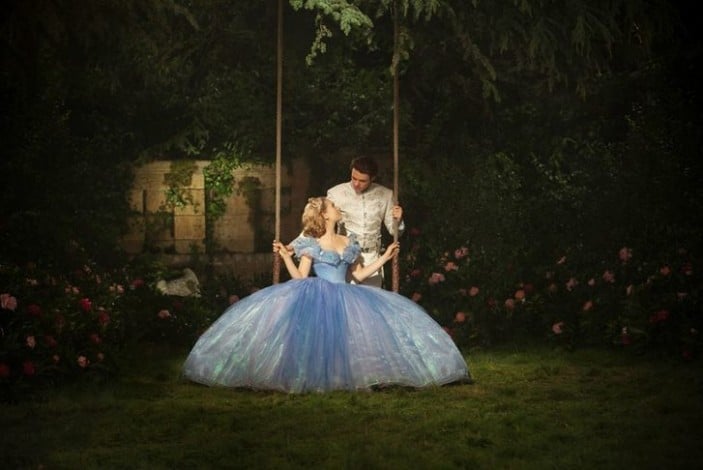 Undoubtedly the most beautiful Disney movie of recent times, Cinderella is a live-action retelling of the classic fairy tale about a girl named Ella. Unfortunately after Ella’s father dies, her evil step mother and step sisters turn her into a servant and banish her to live in the attic. Although she is treated poorly, Ella makes the most of her life and keeps a kind heart. Ella one days meets a stranger in the woods she believes to be an apprentice at the palace, unbeknownst he is actually the prince. When an open invitation arrives inviting all eligible maidens to a palace ball, Ella has hopes of seeing the man once again. Instead, her stepmother forbids Ella to go, destroying her gown and her chances of attending. But all is not what it seems when a kind beggar woman armed with a pumpkin and some mice changes Ella’s destiny forever. 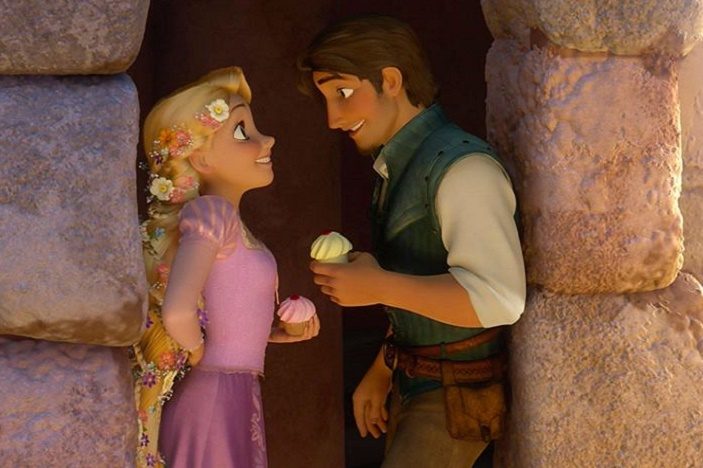 After being kidnapped from the palace as a baby by the horrible Mother Gothel and hidden in a tower her entire life, the beautiful Rapunzel is now a teenager with 70 feet of magical hair and curious of the outside world. One day, a runaway thief, Flynn, takes refuge in the tower and stumbles upon Rapunzel who strikes a deal with Flynn taking her on a journey to discover the world for the first time. Along for the ride is super-cop horse (Maximus), an over-protective chameleon (Pascal), and a gruff gang of pub thugs but Mother Gothel is on their tails trying to make sure Rapunzel does not really discover who she really is while she is on the adventure of a lifetime. 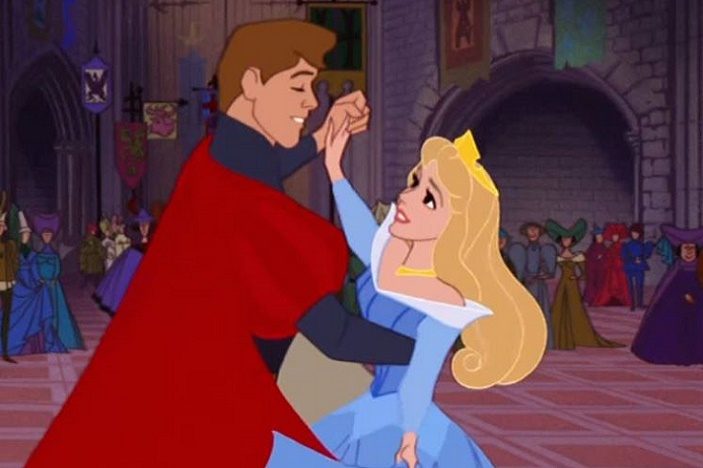 Th oldest of the movies in the festival, Sleeping Beauty tells the tale of Aurora, a beautiful Princess who has a cruse placed upon her by a  a malevolent fairy who was snubbed by the royal family. The Princess is cursed to sleep for 100 years and makes sure that only the kiss of a prince can break the spell. With the help of three good fairies determined to make sure Princess Aurora wakes up , they stop at nothing to make sure that her prince and true love finds her to not only break the spell but to make sure that the sleeping beauty has her happily ever after. 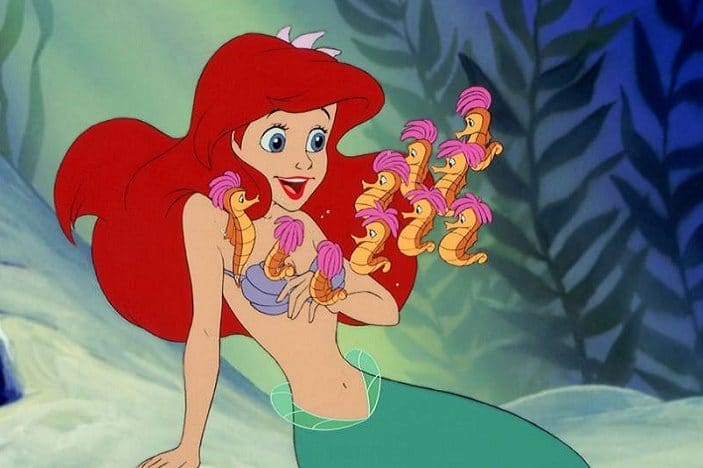 The Little Mermaid tells of a mermaid called Ariel with a curiosity for all things human. In her world of mermaids and sea creatures, she is forbidden (by her father) to enter the world of humans. Despite this, Ariel seeks out adventures in and above the ocean waters, avoiding the danger of sharks and other perils of the sea. During a wild storm she rescues a prince whom she falls in love with and thus her obsession with being human begins. Ariel ends up bargaining to be human with Ursula – a wicked sea witch which results in a climatic ending requiring her to save her under sea home while gaining the love of her prince.

Tickets for the Disney Princess Festival are only $8 per session for adults and children.  Everyone is encouraged to dress up and sing along at this amazing event, which is exclusive to BCC and Event Cinemas and guarantees to keep the whole family entertained.

For more information and to book your tickets click here

Brisbane Kids has 10 family in-season passes (each for 4 people) to see the movie of their choice at the Disney Princess Film Festival, running from 18th February to 12th March 2017.

To enter, simply complete your details via the app below.

Competition opens at 1pm on Friday 10th February, and closes at 10pm on Tuesday 14th February 2017.

WIN 1 of 10 Family Passes to the Disney Princess Film Festival!

Going to the cinemas is a great day out with kids. We have a list of cinemas around Brisbane here and a list of all your favourite movies, plus upcoming movie releases here.