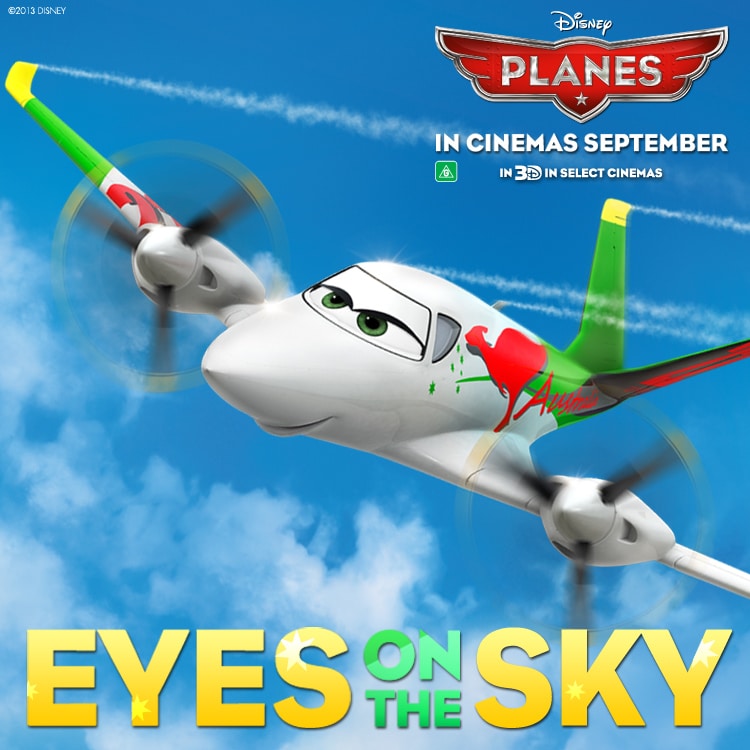 Following in the footsteps of the hugely successful CARS movies is the wonderful new animated film Planes 3D. Kids everywhere are going to LOVE this movie, as are their parents which is always a win because chances are this will be top of the TO DO list this September holidays. Memories will be made as Disney doesn’t disappoint with the feel good moments it is so famous for in this endearing movie.

Planes 3D tells the story of a dream held by Dusty Crophopper to win the air racing championship around the world flight. Dusty is the clear underdog with no racing pedigree and no skills to suggest he has any chance in winning. Along the way he meets many new friends including an older mentor represented by an old naval plane. It’s a wonderful story of success against the odds, friendship, teamwork and belief in ones self. Infact – its a movie that is perfect for growing Brisbane Kids.

Thanks to Disney we have 5 special Disney’s PLANES prize packs containing a family pass (admit 4) to see the film in Disney Digital 3D®, a light up yo yo and a sticker set. Valued at $104.90 each.