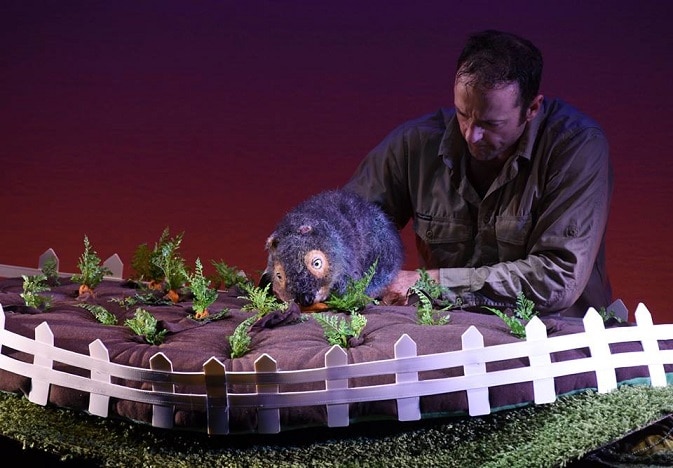 Monkey Baa presents Diary of a Wombat on a national tour and stopping in Queensland for a number of shows at various locations in September 2017.

Diary of a Wombat

The award winning picture book Diary of a Wombat, by Jackie French and Bruce Whatley is being brought to life in a beautiful stage play of the same name. Diary of a Wombat, the live stage production, will see Mothball, the naughtiest wombat in Australia, create chaos in the lives of many as she gets bored with er daily routine of eating and sleeping and goes in search or some shelter and food. Just like in the book, doormats, bins and washing lines will not deter Mothball as she searches for some delicious food and in the process discovers that people can be trained to giver her exactly what she wants.

Puppets are used, along with a few talented actors, to bring this tale to life, while music by accomplished composer and cellist, Oonagh Sherrard, adds the final layer to the show.  Puppetry and Movement Director, Alice Osborne (War Horse 2012/13) and Designer Imogen Ross (Hitler’s Daughter) also add the the shows list of impressive talents working on the Australian production.

Diary of a Wombat is a charming, fun and engaging show that is recommended for Brisbane Kids aged 3 years and over and their parents and any fan of the book Diary of a  Wombat.

Diary of a Wombat Queensland Shows Dates and Times 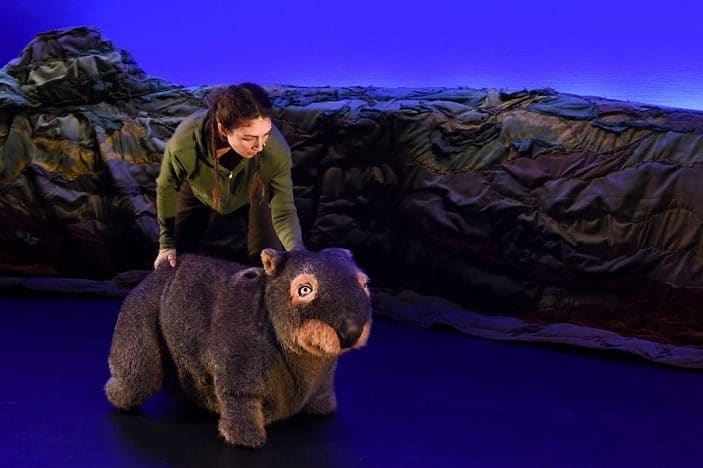 All image courtesy of Diary of a Wombat Facebook Page

The show runs for approximately 45 minutes with no interval and a 10 minute Questaion and answer session after each show with the cast. 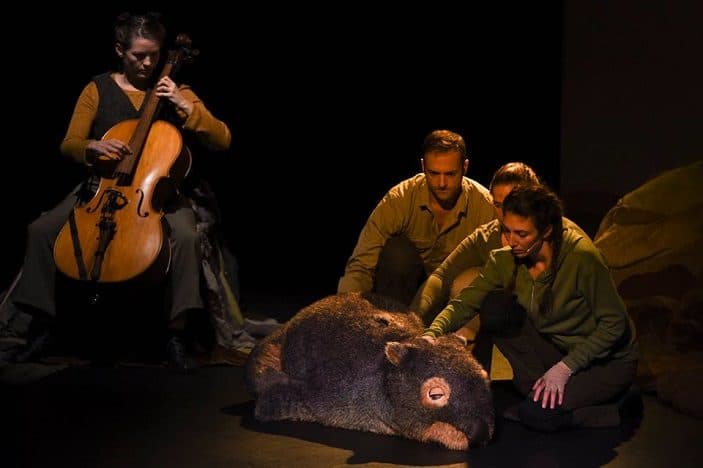 For more information and to book tickets click here.