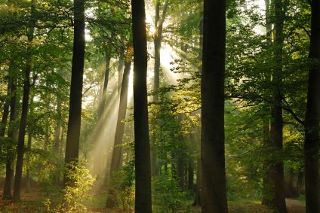 Lisa Jones, mother of 6-year-old Emily who is non-verbal with Autism.

We had years of hell before we got an official diagnosis in 2008 that Emily has Autism.

After the diagnosis, the child stays the same; it is the parents’ lives that are turned upside down. I felt alone and overwhelmed.

People can be very rude and unforgiving of your child if they scream or have an episode out in public.

We plan everything, including shopping, to make sure it goes smoothly. Part of the routine is Emily gets a bag of chips and a lolly – the only bad food she gets all week.

But people look at me as if to say ‘raising her on junk food’. And some of the comments I get if there’s an episode are outright rude. If they only knew what went on behind closed doors.

Meeting the parents of another child with Autism spurred me to go to the paediatrician to see if this was what was affecting Emily.

Parents of one of the children at my son’s school were fundraising for Autism. I didn’t know anything about it but looked it up on the internet and started to think maybe that’s what Emily had.

I don’t know if I’d still be going through hell if I hadn’t met them and done some internet research, but it did speed up the process of getting a diagnosis for Emily.

It’s easier now she’s in an early intervention program and going to school two days a week, and since the diagnosis I’ve met so many parents who have similar experiences to mine.

It’s tough for parents of children with Autism. I wish there was a greater awareness of autism in the community and more acceptance of the differences people with autism.

Let’s start by reserving judgment about parents whose child is clearly melting down at the shopping centre and consider that the child may be 1 of 160 with a diagnosis of Autism.

Changing the lens through which we view families of children with Autism would be an enormous first step in supporting us in the community.

Lisa Jones, mother of 6-year-old Emily who is non-verbal with Autism.

April is Autism Month- Go Blue for Autism is an initiative to raise money and awareness to help parents and children in Australia living with Autism.