Cycle or walk the Riverwalk between New Farm and Brisbane CBD 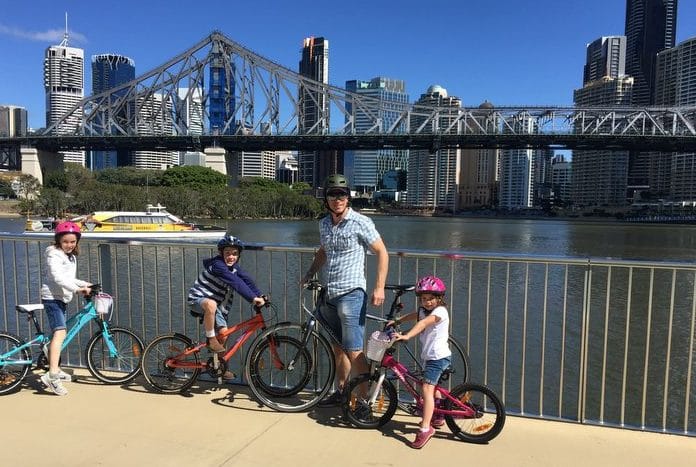 Strolling or cycling along the Riverwalk on a sunny Brisbane day is a glorious way to spend the morning or afternoon with your family.

Built in 2014 to replace the flood damaged floating walkway, the Riverwalk is a pathway over the Brisbane River which connects New Farm with the Brisbane CBD.

Stretching over 870 metres, the Riverwalk begins at the Howard Smith Wharves (near the Eagle Street Pier) and finishes at Riverview Court in New Farm (near New Farm Park).

If you want to extend your walk or ride, you can include the City Botanic Gardens, Goodwill Bridge and SouthBank Parklands which offer a continuous run of cycle and pedestrian pathways. 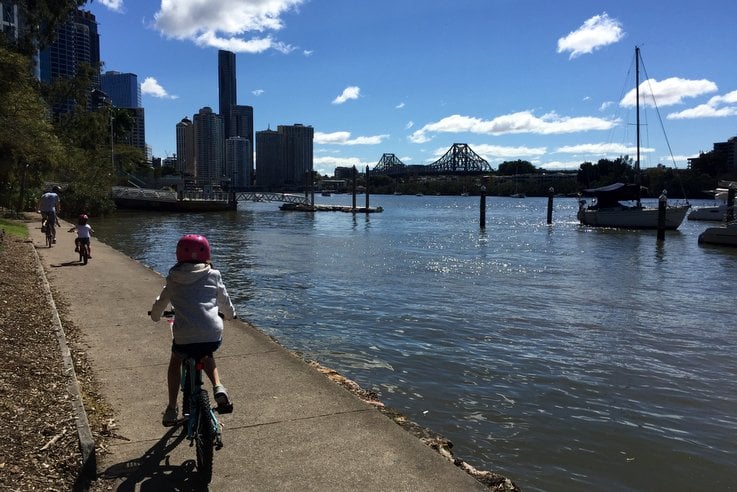 For a fun weekend or school holiday activity, begin at South Bank Parklands and spend some time exploring the playgrounds, beach and gardens. Next, walk or cycle towards the Goodwill Bridge, cross the bridge and continue into the grounds of the Queensland University of Technology. Follow the path that enters the City Botanic Gardens, and stop for a break at the playground. Ride or walk alongside the Brisbane River, passing by the waterfront cafes and restaurants of Eagle Street Pier.

At the end of the pier, you will come to the historic Howard Smith Wharves, which is the official start of the Riverwalk. The Riverwalk is wide enough to accommodate a family, and has segregated lanes to separate walkers and cyclists. It is mostly in the full sun, so you will need to slip, slop and slap before beginning. 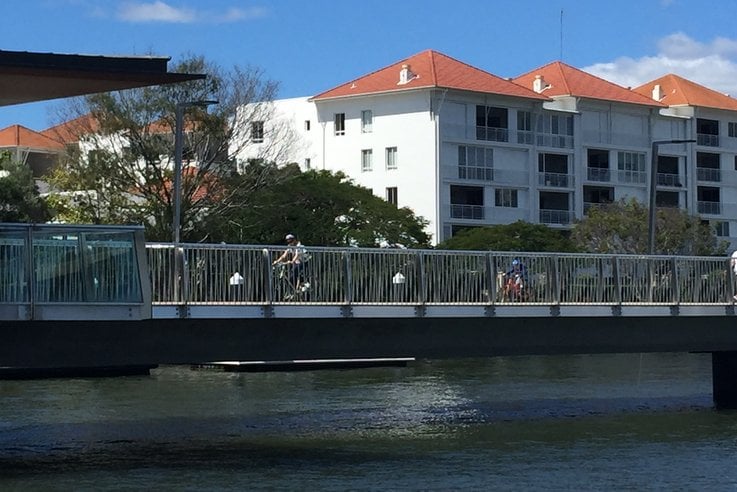 From the wharves, it is a flat and comfortable walk or ride through to Riverview Court in New Farm. From here, you can make your way to the sprawling New Farm Park, with its big climbing trees, adventure playground, and perfect picnic spots. Nearby is the Powerhouse, which offers kids activities, a restaurant, and the Jan Powers Farmers Markets on Saturdays. 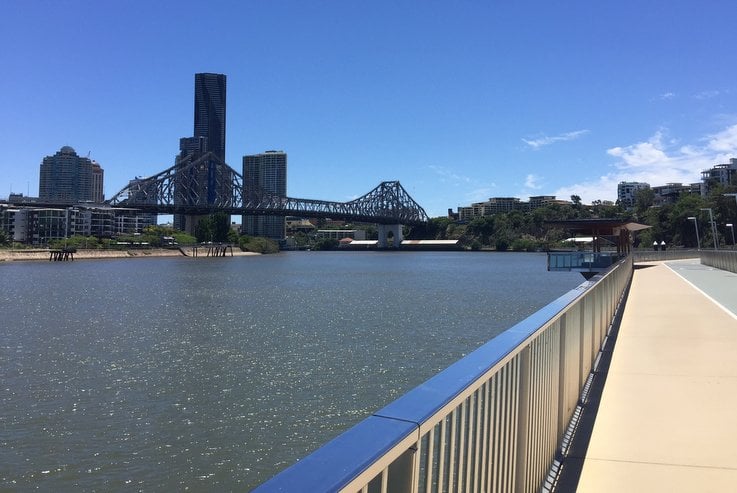 When it’s time to make the return trip, you can either go back the same way you came, or catch a CityCat! The CityCat will ferry you (and your bicycles!) along the river and back to the city or South Bank. This is the perfect way to rest those tired legs and soak in the river views. And if you don’t want to take your own bicycles into the city, you can hire them for just $2 from CityCycle. Scooters would be another good option for this track.