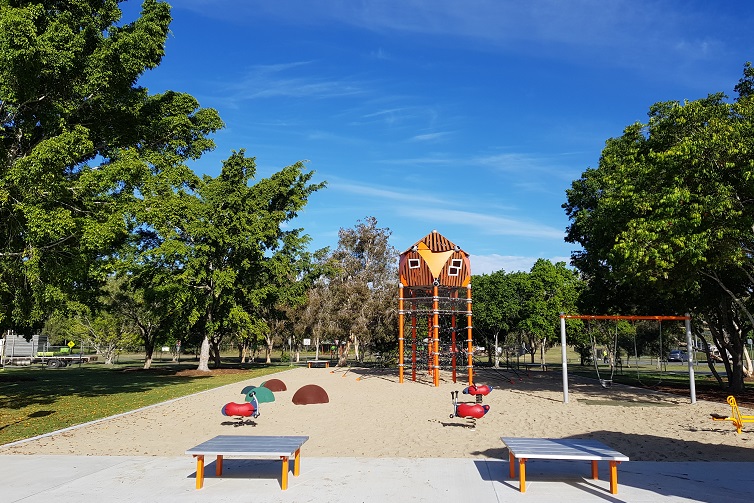 Crestmead Park with playgrounds and skatepark is a fantastic community park, set on a large parcel of green space, dotted with groves of mature trees and a range of opportunities for play, which will keep your Brisbane Kids entertained for hours.

Located next to the PCYC community centre, Crestmead Park has so much space available, with all features being spread out to give it a less busy, calmer feel than other parks.

With a striking black and orange colour scheme, the playground’s play fort grabs attention. A tangle of ropes must be negotiated to reach the top of the sky-high structures, each topped with a small cubby and linked with an enclosed rope bridge. Noticeably absent is a slide, however it doesn’t detract from the fun and sense of achievement in reaching the top. Owing to the spacing of the ropes, children under three will struggle to climb the structure without assistance. Taking into consideration the scale of the fort, it is unshaded. It would be best visited in the mornings or afternoons as the heat reflected from the sand and concrete could be overwhelming.

Situated alongside the climbing structure is a toddler and normal swing, a sit on the digger, some rubberized mounds and ensure you pack the buckets and spades as there is plenty of sand.

Up there with the best bike tracks in Brisbane, Crestmead Park boasts a very realistic layout of generous size. Given the sizing, it could host a number of riders and it’s completely flat so even the younger ones can join in. There are a number of trees surrounding the track which means it is mostly shaded. Also on site is a full-sized basketball court and a large skate park with plenty of grind rails, stairs, ramps and a half pipe. In the back corner of the park is a BMX track which has a maintained grass covering. If this is the main reason for visiting Crestmead Park, perhaps consider checking out one of the other BMX tracks in the Logan region. There is a bitumen track at Waller Park on Waller Road at Browns Plains or a dirt track at Logan BMX at Underwood Park on Underwood Road at Priestdale.

We love the sky-high towers, climbing the vines like a wild jungle dweller then having secret club meetings in the tree top cubbies. The groves of trees make for a great space for playing a game of hide and seek. Crestmead Park also stimulates the imagination with its expansive traffic track. Kids can whizz around on their bikes and scooters, picturing themselves as drivers while learning about the rules of the road. The spider’s web climbing frame is great for children plotting together to escape giant spiders and villains. There is off street parking which is shared with Crestmead PCYC. A public bathroom is located in the carpark, however, there is no disabled cubicle nor space for baby change. Around the playground, there is a section of concrete but no paths connecting each of the features. The playground is unfenced.

Crestmead Park is located on the corner of Gimlet Street & Royena Court in Crestmead. 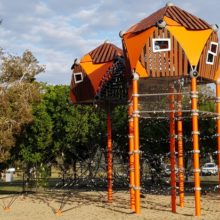 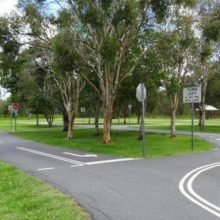 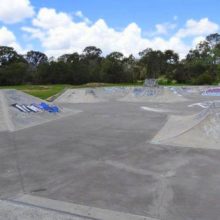 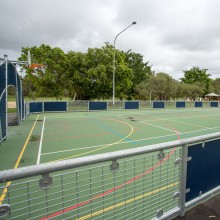 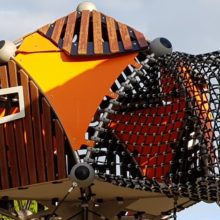 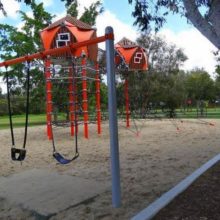 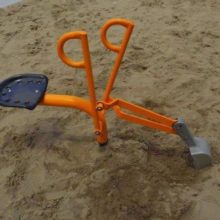 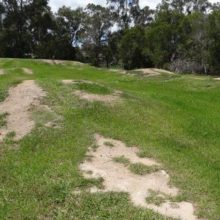 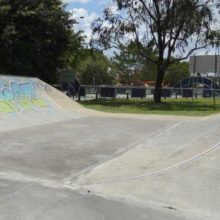