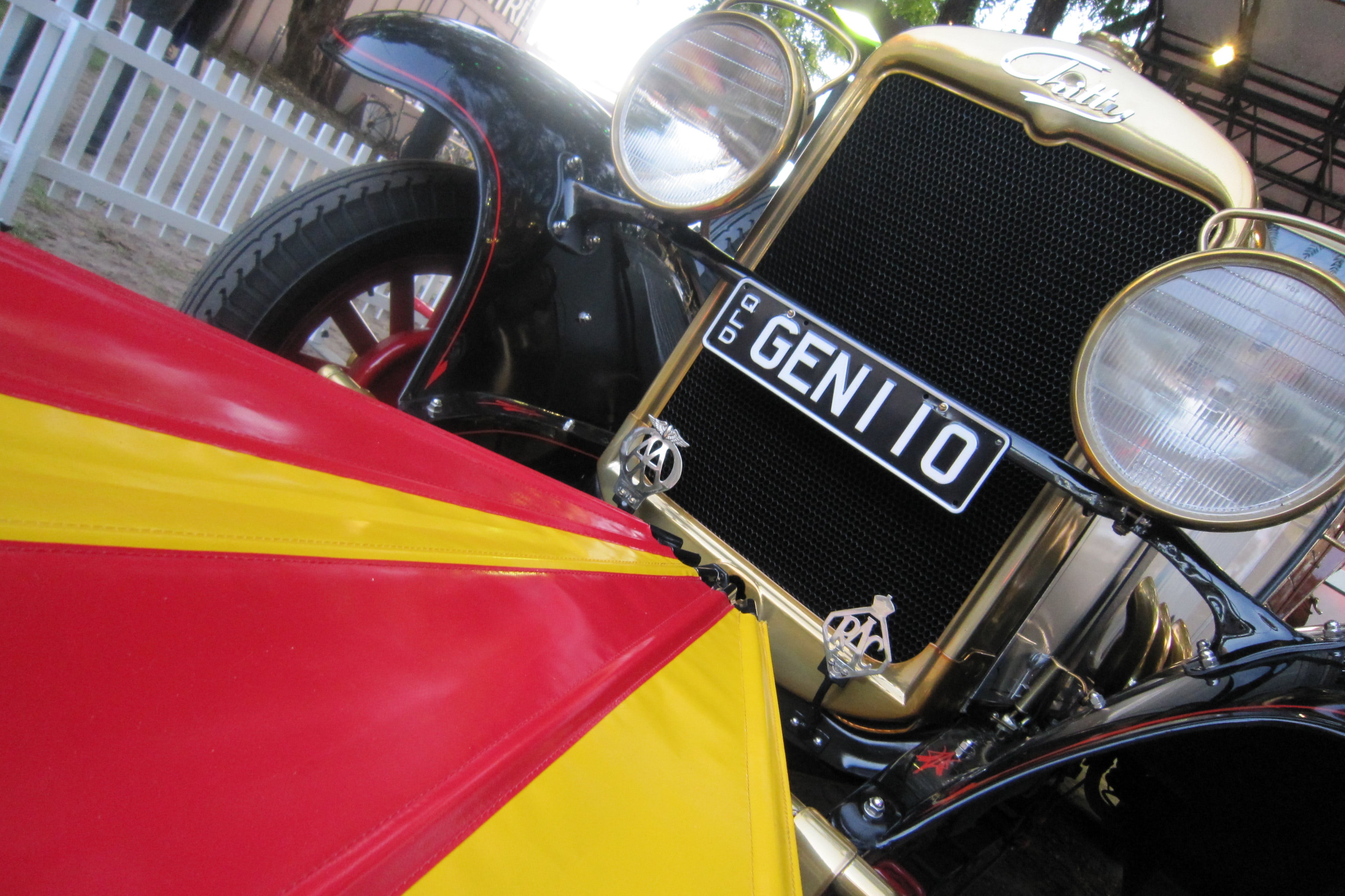 As a child I loved watching family musicals. Our VHS copies of the ‘classics’ (for my generation, anyway) like the Sound of Music, Mary Poppins and Annie were VERY well worn. My cousins, sister and I would re-enact musical scenes, playing the Von Trapp children semi-regularly. I can even tell you where the ad breaks were when watching Grease to this day. Fast forward a couple of decades and my daughters too have a keen appreciation for these movies (yes, even Grease!). So when I heard that the Chitty Chitty Bang Bang stage show was coming to Brisbane, I knew that it was time that we introduce this old favourite to our children.

Based on the story written by Ian Fleming (author of James Bond), and with a screenplay by children’s author Roald Dahl and director Ken Hughes, there’s no wonder that, from the first viewing, our girls were hooked! They’ve since watched the movie approximately five THOUSAND times. Our four year old can recite whole sections of dialogue and, unexpectedly, her favourite song from the movie is not the recognisable theme song, but ‘The Roses of Success’ (a song performed by a group of elderly men in the movie). Both of our girls have followed in their parents’ footsteps with an inherent love for music and we couldn’t be more proud. 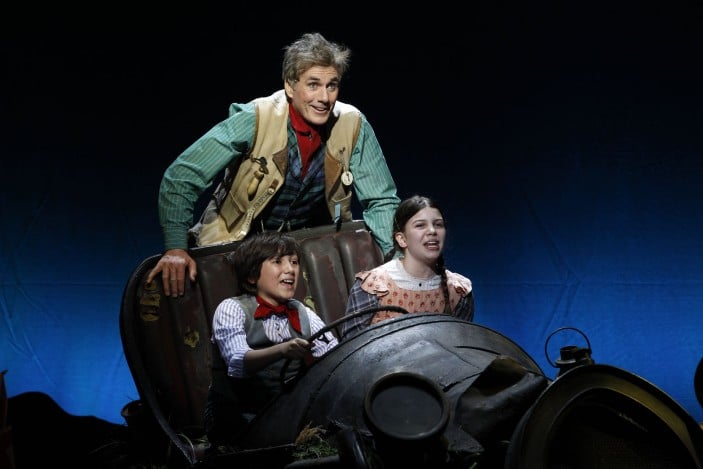 Tickets to Chitty Chitty Bang Bang in Brisbane went on sale in June 2013 to massive demand—how could I not jump at the chance for us to take our daughters to the stage performance of one of their favourite movies?! We were incredibly fortunate to get tickets to a performance in the opening week of Chitty Chitty Bang Bang shows in Brisbane. We kept it a surprise, only telling the kids that we were going somewhere special. The looks on their faces when the penny finally dropped (as we approached QPAC) was priceless. When they saw the full size replica Chitty sitting on the Melbourne Street Green, they positively squealed with delight. 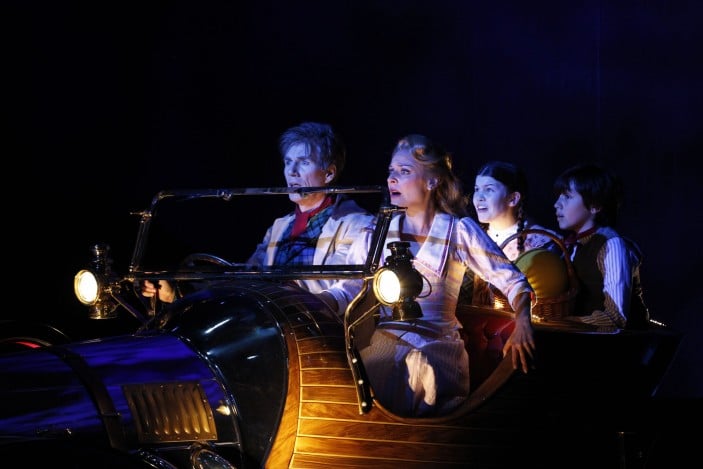 Chitty glides onto the stage

When seeing the stage version of one of your favourite movies, there’s always the worry that it won’t live up to expectations. The show we saw completely surpassed our hopes. Not only was the stage version of Chitty Chitty Bang Bang full of the songs we knew and loved, but it actually felt far more concise and action-packed, with none of the parts that seem to drag a bit in the movie (let’s face it – it’s a LONG movie).

The casting was tremendous, with David Hobson putting his own mark on eccentric inventor and father Caractacus Potts. Rachael Beck was incredible in her role as Truly Scrumptious. The test for me was definitely the life-size toy scene. Rachael played the wind-up doll to perfection and David’s puppet was very reminiscent of Dick Van Dyke’s performance in the original movie. Casting for children Jeremy and Jemima involved auditioning over 300 local Brisbane Kids. The performers selected for the Chitty Chitty Bang Bang stage show were just amazing. Only around 10 years of age, both children showed extraordinary confidence and talent (and bravery to climb into that flying car!). Surprisingly though, our favourite characters in the stage show were the Vulgarian spies Goran and Boris. Their wacky antics and in-jokes really involved the audience, gaining lots of laughs along the way. 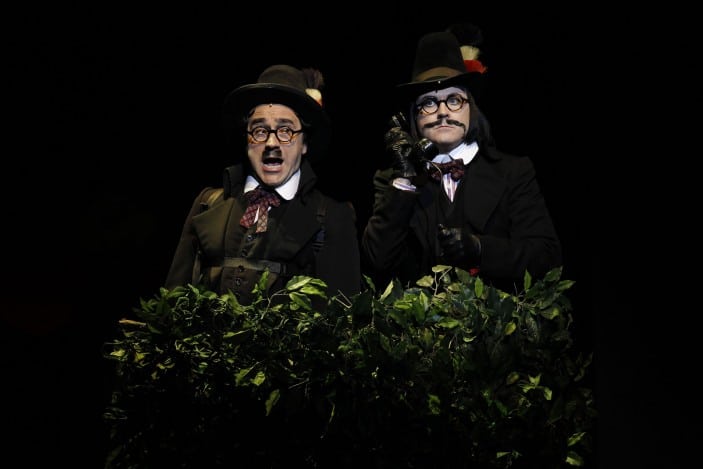 There’s no doubt that the biggest highlight of the stage show was the transformation of Chitty into a splendid flying machine. The mechanics alone to create a car that appears to float on water and actually fly across the stage are mind boggling. The Chitty car holds the Guinness World Record for the most expensive stage prop in history, being valued at over £750,000 (around AUD$1.32 million). If the audience reaction is anything to go by, this car deserves a world record for more than its monetary value – it is simply a sight to behold! 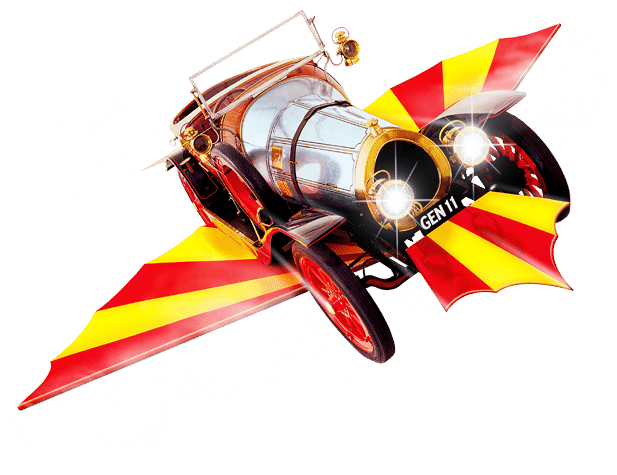 NOTE: There are some explosions in this stage show. Please consider this if your Brisbane Kids get frightened by loud noises and flashing lights.

To book tickets to Chitty Chitty Bang Bang in Brisbane, please visit QPAC at www.qpac.com.au or phone qtix on 136 246 (Monday to Saturday, 9am to 8.30pm).

The replica Chitty car is currently on display in the QPAC tunnel. Even if you aren’t planning on attending the show, it’s well worth paying a visit if you have a soft spot for this classic family movie.