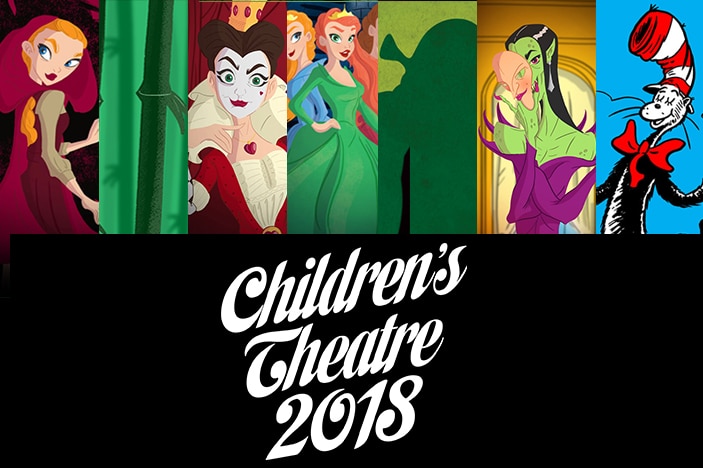 PLEASE NOTE THESE SHOWS ARE NOW FINISHED. KEEP AN EYE OUT FOR DETAILS ABOUT UPCOMING SHOWS AT BRISBANE ARTS THEATRE ON THE BRISBANE KIDS WEBSITE.

This year looks to be a big one for children at the Brisbane Arts Theatre.  Jam packed with adaptions and re-tellings of some of the all-time favourites your family are so spoilt for choice on shows to see you may just want to see them all!  With offerings like Dr Suess’s Cat In The Hat, Roald Dahl’s Witches or the surprising Real Story of Red Riding Hood, be sure to get in quick so that you don’t miss out. 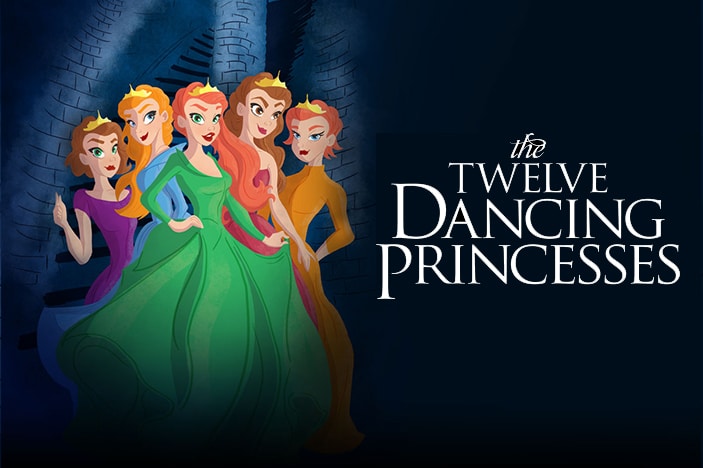 Twelve Dancing Princesses is a must see production for any child that loves to dance and who also loves princesses!  An adaption of the original Brothers Grimm fairytale, the show tells the story of twelve princesses who love to dance and would do so all day if they could.  Unfortunately, their overprotective father won’t allow it so they secretly sneak out each night to dance, wearing out their shoes in the process.  This causes much confusion in the palace as the King discovers their well-worn shoes each morning and cannot work out how it can be.

A visit from his late wife’s sister, Lady Monica, is about to change all that though and in doing so brings about a magical musical journey that audiences are sure to delight in.  With so many princesses, music, dancing and attitude, this is a show your whole family will not want to miss.

Note: At the end of each show all of the characters come out into the courtyard to meet the audience.  Children (and adults) will have the opportunity to get a picture with their favourite princesses! 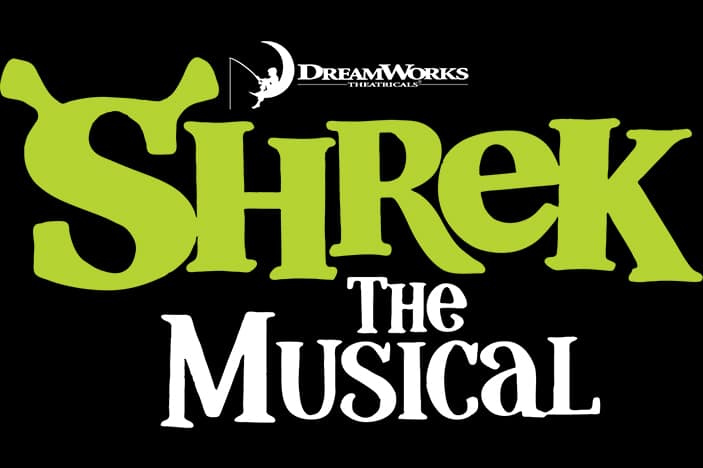 “Once upon a time, there was a little ogre named Shrek…” And thus begins the tale of an unlikely hero who finds himself on a life-changing journey alongside a wisecracking donkey and a feisty princess.

Based on the much-loved animated film, Shrek the Musical features all new songs and all the beloved characters you know from the movie.  It’s a laugh-a-minute adventure that includes a short-tempered bad guy, a cookie with an attitude, and over a dozen other misfits.

Much like the movie itself, there are plenty of entertaining highlights and laughs, designed to entertain the entire family (yes, there are varying levels of humour that can be taken away from this musical).

This Queensland premiere production delivers a magical night out for the whole family, in a not-to-be-missed, side-splitting adventure of fairy tale proportions. 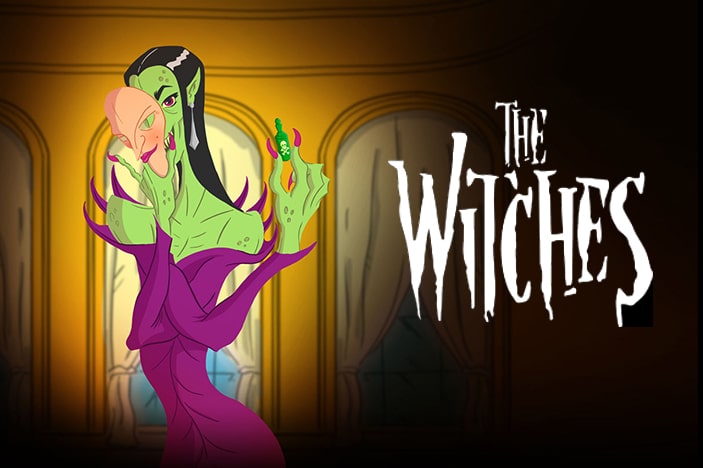 Whether you have already delighted in the books of one of our greatest storytellers of all time yet or not, The Witches, adapted from Roald Dahl’s classic story of the same name, is one that you will not want to miss.

Something is up at the Royal Society for the Prevention of Cruelty to Children! It turns out these lovely ladies are actually witches in disguise, with a plot to turn all of the world’s children into mice.  Even worse, they’re British witches, the cruelest of all witches and our hero (he’s a small child….Roald Dahl’s favourite type of hero) has a plan to get rid of them all.

A lesson for all kids that it doesn’t matter how small you may be, if you are brave, persistent and believe in yourself than you can achieve anything – even conquer a world full of witches!

With all the fabulous imaginative characters and adventures you’d expect from a Roald Dahl tale, this captivating, family-friendly adventure is sure to excite even the oldest of your clan.

A legend over 2,000 years in the making, Disney’s Mulan Jr is the latest in live-action Disney adaptations for the stage.

For anyone who loves a classic Disney tale with a strong and defiant princess lead – this musical is one that families and children will rejoice in and be inspired by.

Defying the village matchmaker, Mulan takes up arms and disguises herself as a boy in order to spare her father from having to serve in the army. Along with her sidekick Mushu, Mulan is courageous and determined in her quest to defeat the invading Huns and save the Emperor.  A story about culture, honour, strength, determination and the fighting spirit, Disney’s MULAN JR. is one show you will not want your family to miss.

Based on the 1998 Disney film, and featuring iconic songs including Reflection and I’ll Make a Man Out of You, your heart will soar during this modern princess story.

Everyone believes they know the age old classic stories inside out.  And who doesn’t know the story of Little Red Riding Hood?  Girl goes to grandma’s house, girl meets wolf, wolf eats grandma! It’s the same ol’ story. Or is it..?

Bring the whole family along and be amazed by this delightful production that is sure to show a different side to a well-known classic story to the one you think you know by heart. 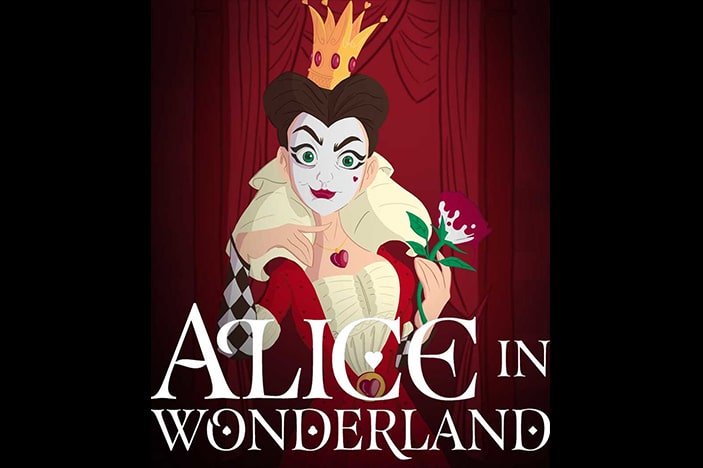 Children have always marvelled at Lewis Carroll’s curious and curiouser story of Alice in Wonderland.  Overflowing with strange and exotic creatures, worlds and characters, this book is one that is perfect to bring to the stage and this production will do everything possible to entice and immerse all children further into the classic.

Indeed, this is one journey down the rabbit hole you won’t soon forget, and there are sure to be wide eyes and excitement as the audience follows Alice as she ventures to the world of a very White Rabbit, a Mad Hatter and the evil Queen of Hearts.  A world where rules are changed constantly, and what may seem up is actually down and everything else is never quite what it seems.

The Cat In The Hat 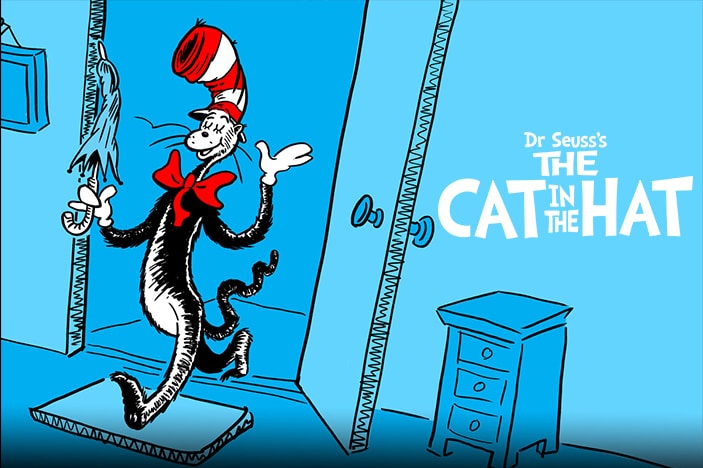 From the moment his tall, red-and-white-striped hat appears around the door, The Cat in the Hat not only enters the life of Sally and her brother – he completely turns their ordinary day upside down.

A treasure trove of rhyme, mischief, craziness and fun – the Cat in the Hat is a cheeky but well-meaning character that everyone will love.  In an attempt to entertain the children on a rainy day he unwittingly, along with his two companions, Thing One and Thing Two, makes a mess of the house.  Although this alarms Sally, her brother and their fish he has an ingenious way of tidying it all back up again before their mother returns home.

This lively and engaging play is as true to the originally telling of the story as possible.  Not a word has been touched or added to the classic book to ensure that loyal fans – both young and old – will not leave disappointed in its re-production and in turn be transported into a world they have only ever imagined.

The Brisbane Arts Theatre not only offers an amazing program for families with children, it also offers some pretty great discounts and deals as well.

One of the best deals at the moment for families who want to see a few of the shows offered in the 2018 Children’s Theatre program is the Three Family Pass which allows four people to see three of the 2018 children’s season shows.  This is a saving of up to 27% and includes exclusive priority bookings. Select your shows and seats before tickets go on sale to everyone else!

If you choose to subscribe to the Brisbane Arts Theatre you will not only get discounted tickets for all the shows but can also get some other fantastic deals.  Make sure you check them out!  Also, all mainhouse subscription packages include exclusive invitations to special performance evenings (one per production). If you choose to redeem tickets on a subscriber night, you’ll be invited backstage after the show to meet the cast and tour the set on stage. 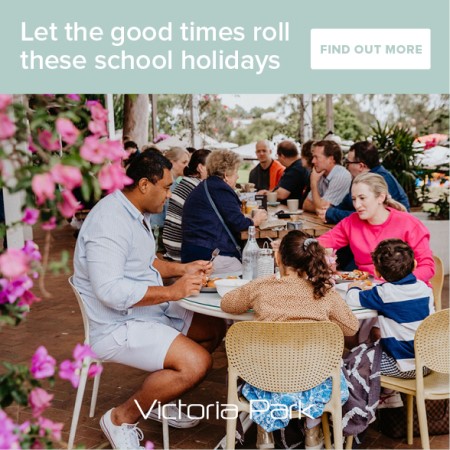