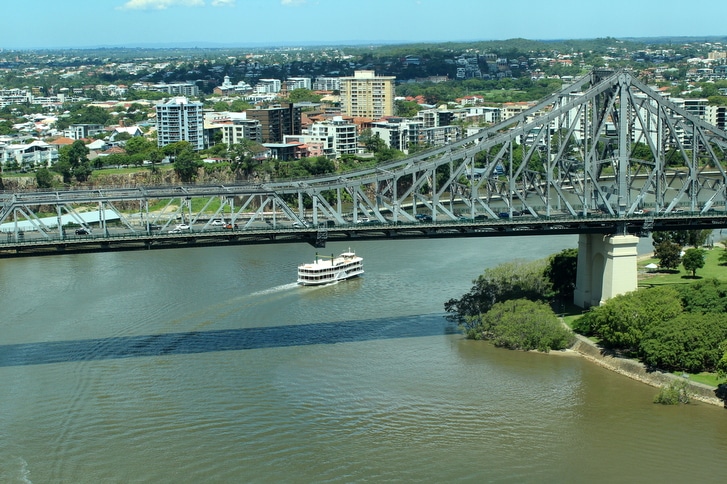 You’ll be surprised at the facts we’ve discovered about Brisbane’s bridges. Did you know there’s a bridge named after a local indie rock band? Neither did we! What about a bridge that people actually lived inside, and a bridge that was a film location for a famous movie? We even have one of the longest bridges in all of Australia. Next time you’re travelling over one of our city’s crossings, impress your kids with your knowledge!

The Captain Cook Bridge is the motorway bridge over the Brisbane River and was opened in 1972. The bridge links Gardens Point on the north side of the river to Kangaroo Point on the south side. More than one million vehicles crossed it every week in 2007. That’s a lot of cars!

The Goodwill Bridge is a pedestrian and cyclist bridge which spans the Brisbane River to connect South Bank Parklands with the Brisbane CBD. Opened in 2001, this entirely asymmetrical bridge has become popular with pedestrians, runners, cyclists and inline skaters — it has over 40,000 users each week! But perhaps the best part about this bridge are the seating areas which allow you to stop and sit awhile to take in the view. You can also break mid-journey to enjoy a coffee from the Goodwill Bridge coffee cart.

The Go Between Bridge, formerly known as the Hale Street Link, carries vehicles, pedestrians and cyclists over the Brisbane River, and was opened to traffic 2010. While most people presume its name comes from the fact that it goes between West End and Milton, it is actually named after the popular Brisbane indie rock band The Go-Betweens! Former member of the band, Robert Forster, and other acts even performed in a concert on the bridge that was held to celebrate its completion and raise money for charity!

The Kurilpa Bridge (originally known as the Tank Street Bridge) is a pedestrian and bicycle bridge which is perhaps best known for its spectacular LED light displays. The lighting system is mostly solar powered and regularly changes in colour and effect. The bridge connects South Brisbane to the CBD. In 2011, it was awarded World Transport Building of the Year at the World Architecture Festival. Kurilpa is an Aboriginal word which means ‘place for water rats’.

Designed exclusively for buses, cyclists and pedestrians (a first in Australia), The Eleanor Schonell Bridge, better known as the Green Bridge, crosses the Brisbane River between Dutton Park and the University of Queensland’s St Lucia campus. The bridge was opened in 2006, effectively ending the popular cross-river ferry service which had been running since 1967. The bridge is named after Eleanor Schonell, a Brisbane woman internationally recognised for her work in educating children with intellectual disabilities.

Up until 2013, Brisbane held the record for the country’s longest bridge — the 2.74 km Houghton Highway and its duplicate the Ted Smout Memorial Bridge. The two bridges remain Brisbane’s longest bridges. They connect the cities of Redcliffe and Brisbane and were opened in 2010. The building of these bridges led to the demolition of the historic Hornibrook Bridge. At the Clontarf end, the original structure has been preserved and is now used as a walkway and fishing platform.

The Story Bridge is an iconic Brisbane site, loved by locals and a must-see for all visitors. It is a heritage-listed bridge that links the northern and southern suburbs of Brisbane and carries cars, bicycles and pedestrians. It is named after prominent public servant, John Douglas Story. The bridge has an interesting history which you can learn all about on the Story Bridge Adventure Climb/Abseil. Children aged 10 years and older can participate in the guided tour, providing they are at least 130 cm tall. The views from the top over our river city are pretty special! 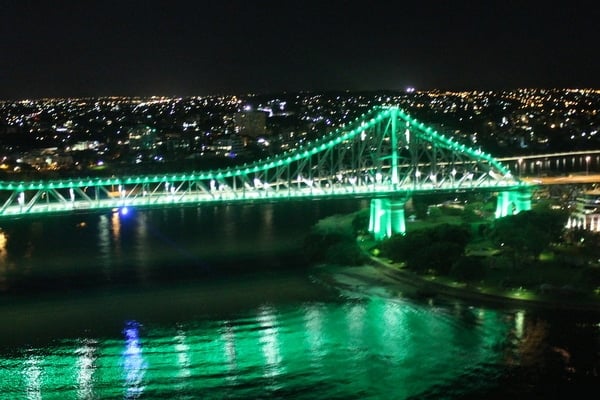 The Walter Taylor Bridge is a heritage-listed suspension bridge, used by motorists and pedestrians, which links Indooroopilly and Chelmer. What makes this bridge unique is that it’s the only habitable bridge in the Southern Hemisphere! When you drive over it, you’ll notice that the two towers of the bridge contain windows and doors. Inside is residential accommodation that was occupied until mid-2010 when the last members of the original tollmaster’s family moved out. You can even take part in a Walter Taylor Bridge Tour to find out more about this historical landmark and see inside!

The Albert Bridge is a heritage-listed railway bridge, originally built in 1875. The bridge links Indooroopilly and Chelmer stations, and was created to enable trains to travel from Brisbane to the mining centre of Ipswich. The first bridge was destroyed in the 1893 flood, but was rebuilt in 1895. Both bridges were named in honour of the Prince of Wales, Prince Albert.

The William Jolly Bridge, which carries cars and pedestrians to Grey Street, is a heritage-listed bridge opened in 1932. Named in memory of the first Lord Mayor of Brisbane, William Jolly, the bridge was more recently a location for the filming of Inspector Gadget 2! 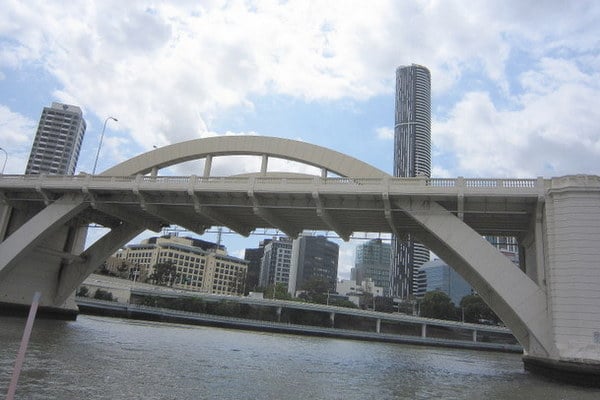 The meandering Brisbane River is crossed by fifteen major bridges and some smaller crossings. Other bridges not already mentioned include:

Do you or your Brisbane Kids have a favourite bridge in Brisbane? Leave a comment below!

For a great way to spot some of Brisbane’s best bridges, check out Fun on the Brisbane River and Awesome Brisbane Cruises for Families!

2 responses to “Bridges of Brisbane — fascinating facts for Brisbane Kids”