It took us just over 2 ½ hours to drive from our home in Brisbane’s western suburbs to reach Boreen Point Campground. There are really good roads to this destination and the signs were pretty easy to follow once we were off the highway. Our campsite was at the end of the entrance road, before the road loops back around.

As there are no designated campsites, we did struggle to find a spot to set up camp, especially since our group consisted of two families and ten people altogether! The initial spot we chose was abandoned after other campers advised us that it flooded in any rain (we did thank our lucky stars they were so nice). It was by sheer luck that another family was leaving that day (one day early) and they offered us their site. We waited the three hours for them to pack up then set about setting up our camp. 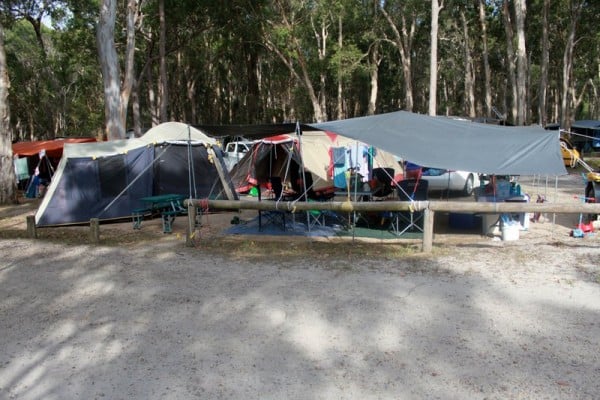 We had been told that it got quite windy at the camp grounds, but nothing prepared us for the first night—we nearly lost the tarpaulin from over our kitchen at 2am—but batten down the hatches we did and, after running around crazy for half an hour, it was right for the remainder of the night. With the boys tweaking the set up for the next couple of days, it all stayed up and worked well through rain, wind and sun.

We spent most of our time divided between relaxing with the kids in the lake or in the sand. The water was knee high for a long, long way out, so it was perfect for our little guys. The teenagers and husbands played cricket in the water and took the canoe for a spin. 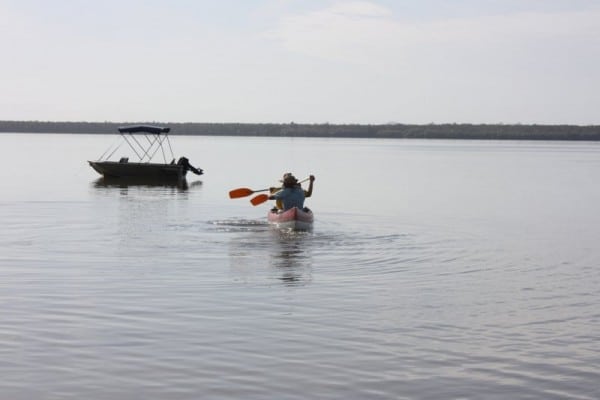 As we were in a little alcove, we set up a gazebo in the water so that we could all be sheltered from the sun. 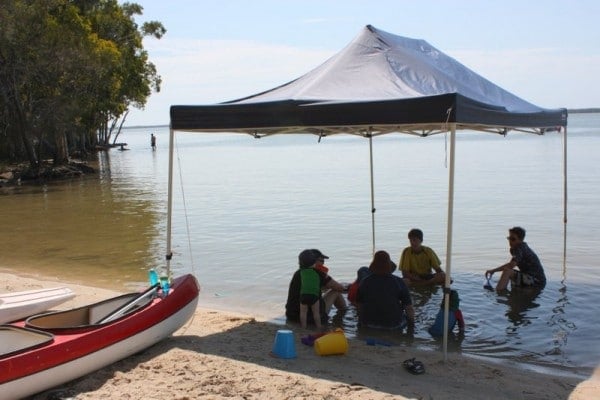 There was a faulty blow up mattress in our kit, so we decided to make it a floatie for all to use. This spot became our little piece of paradise! 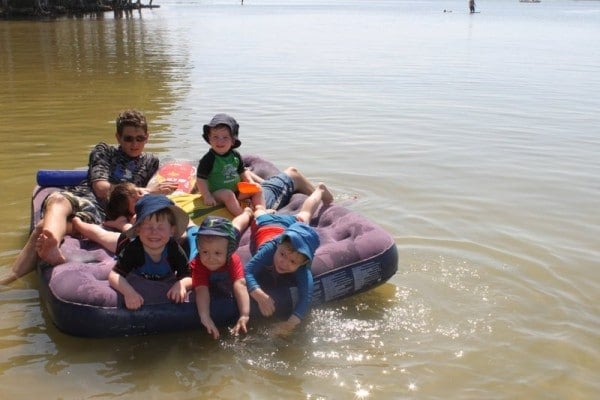 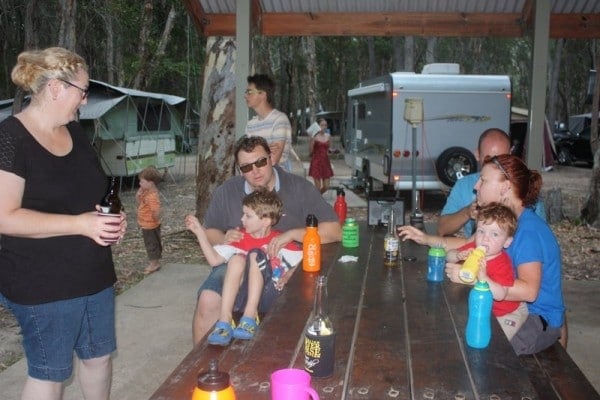 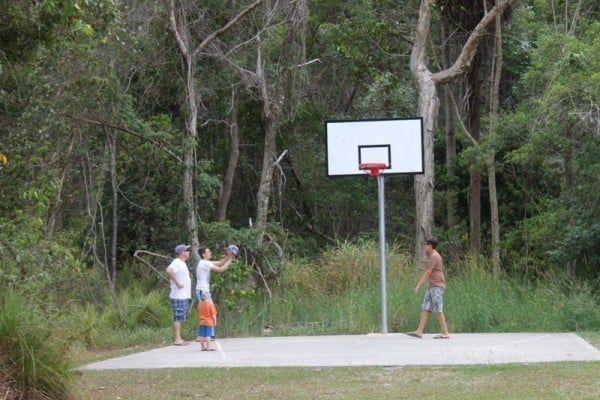 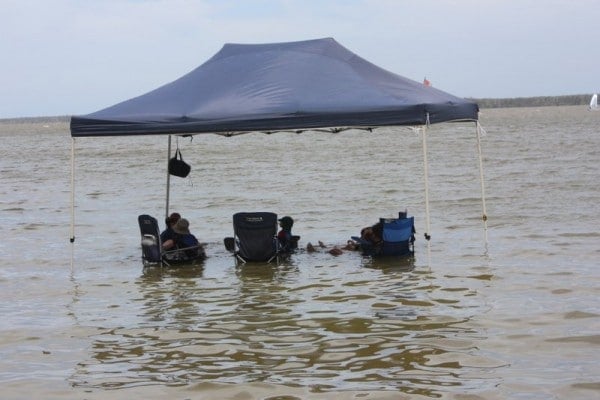 Thanks to Amanda for this camp site review!

Take a look at the Brisbane Kids list of Your Favourite Camping Spots for lots more recommended family camp locations to explore, like Peach Trees Camping Area in Jimna, QLD. We will have many more campsite reviews coming in the very near future.