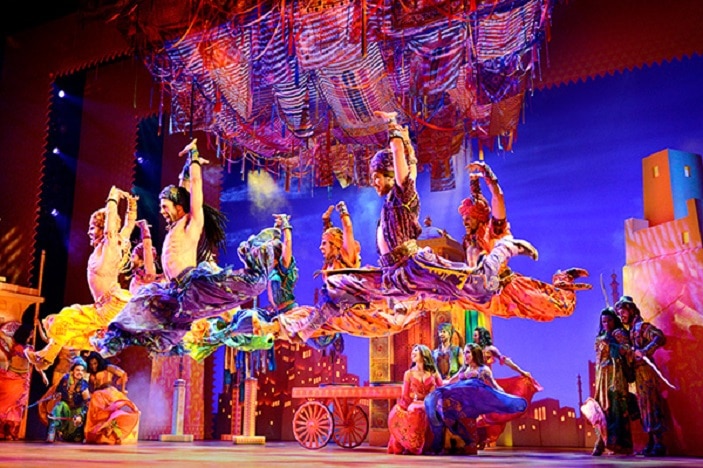 Disney presents Aladdin The Musical at the Lyric Theatre, QPAC from 28th February 2018 until 3rd June 2018.

“Aladdin is the must-see show of the year and “Broadway’s biggest new hit!” Entertainment Weekly

Not since the production of  Disney’s The Lion King hit the stage at QPAC has a musical so extravagant and fabulous hit the Brisbane stage. Of course we have Disney to thank for that as they bring their newest musical to Brisbane after a sell out season in Melbourne and Sydney to rave reviews.

Staying true to the Disney film Aladdin, Aladdin the Musical introduces the audience to Aladdin, a poor young street ‘rat’; Jasmine, the princess of Agrabah forbidden to leave the palace walls; Genie, who lives in the lamp and can grant wishes and Jafar, the  Royal Vizier of Agrabah who plots to take over the kingdom through the power of a genie.

Those familiar with the story already know that Aladdin finds a lamp, rubs it and a genie appears. He is then entitled to 3 wishes, which he uses throughout the show, however, all does not go to plan as the evil Jafar tries to steal the lamp and plots to become Sultan by marrying Jasmine. Of course, in true Disney style, Aladdin is a story about good verses evil and true love winning in the end.

The musical features all the songs from the Grammy Award winning soundtrack, including everyone’s favourite, A Whole New World, plus A Friend Like Me, Arabian Nights and One Jump Ahead along with some new songs written just for the stage production. The new songs are a great addition to the musical and have been written by Tony and Academy Award winner Alan Menken (Newsies) with lyrics penned by the legendary Howard Ashman (Beauty and the Beast), Tony Award winner Tim Rice (The Lion King, Aida), and book writer Chad Beguelin (The Wedding Singer).

Disney’s Aladdin the Musical is full of exhilarating choreography, show-stopping production numbers and astonishing visual effects, making it a must see show for fans of Aladdin, fans of Disney and families who love to watch great musicals. 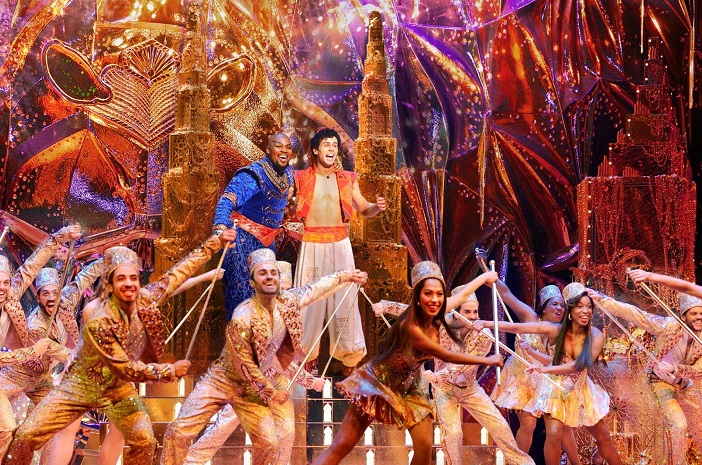 All shows will be at the Lyric Theatre QPAC- Cnr Grey and Melbourne Street, South Bank.

Aladdin the Musical starts on Wednesday 28th February 2018 and will continue until 3rd June 2018.

Aladdin is recommended for Brisbane Kids aged 6 years and over and does include theatrical smoke, fog effects, pyrotechnics, strobe lighting and loud noises.

• Prices range from $60 – $195 depending on day, time of performance and section selected for seating • A $7.20 fee applies per transaction

Tickets are on sale now!

For more information on Aladdin The Musical click here.