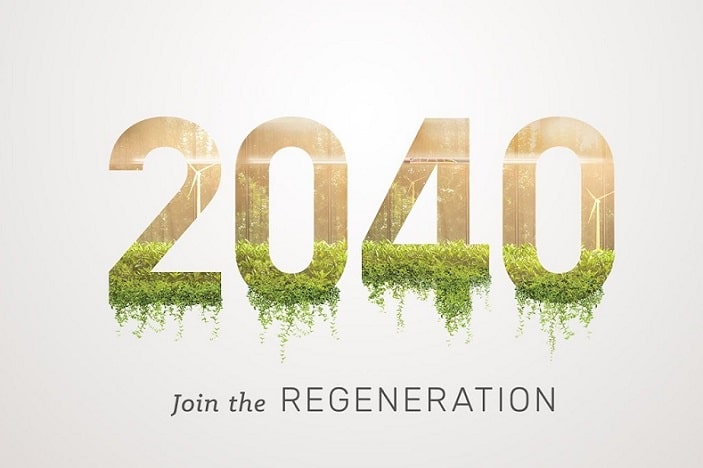 Every day, we hear whispers about the impending doom that planet Earth fast approaches, primarily due to our species impact on the climate, the number of gas emissions entering our atmosphere and the reduction of biodiversity and available habitats. Not only does 2040 address these issues, but it also provides viewers with a clear vision of a better, achievable reality where all our fears of worldwide collapse are quashed. This isn’t just any ordinary documentary; this is our first step towards the regeneration of Earth. As Damon Gameau, 2040’s award-winning director stated in the movie, “We have everything we need right now to make it happen.”

Now I’m not here to leave you guessing about whether 2040 is worth your time and your money. Frankly, as one of the many members of our youth who are compelled to save our dying planet, I believe that 2040 is a must-see for everyone. It is a rare film that not only leaves viewers feeling inspired to make a change, but also provides them with a glimmer of sanguinity. Round of applause to you, Gameau. I give this film a rating of 9 out of 10.

On top of its strong, underlying message that us humans have the power to right our wrongs, the story behind this production is heart-warming. Instead of simply dishing viewers facts and information to raise awareness of his bright vision, Gameau directs it towards his 4-year-old daughter, Velvet, with the intention of showing her the wonderful world he wishes for her to live in by the year 2040. I found this extremely engaging, and it made listening to Gameau’s informative spiels much more bearable. This positive factor, coupled with the effective exhibition of all Gameau’s innovative methods of universal restoration, makes 2040 faultless in my eyes.

Another enrapturing element of 2040 is its outstanding cinematography. The film is drenched in colour- vivid yellows, calm whites and soft greens- which makes every frame feel like a painting worth sitting in. Perhaps the most captivating sequence of frames in 2040 features a slow-motion, close-up scene of Velvet beaming widely. With its placid hue and crisp camera quality, I simply couldn’t tear my eyes away from the screen.

The cheerful tone of 2040 also has a lasting impact on its audience. Despite the harrowing dilemmas our world faces currently in relation to climate change, 2040’s inclusion of witty screenplay keeps an optimistic vibe alive in every scene. The reality of how close we are coming to killing our planet may be frightening, but the purpose of this documentary is to breed hope in our minds, not fear. As quoted by one of the many interviewees in 2040, “You will see, everywhere you look, incredible reasons for hope.”

It goes without saying that 2040 is a production with a purpose far greater than to simply entertain its viewers for a short period of time. It is the proposal of a worldwide movement that could very likely be the long-searched-for solution that the continuation of life on Earth depends upon. If you are someone like me, who cares deeply about the wellbeing of our planet, I highly recommend purchasing a ticket to see this masterpiece of a documentary in cinemas. Believe me, this one is worth your while.