The number one tip for choosing a lunch box 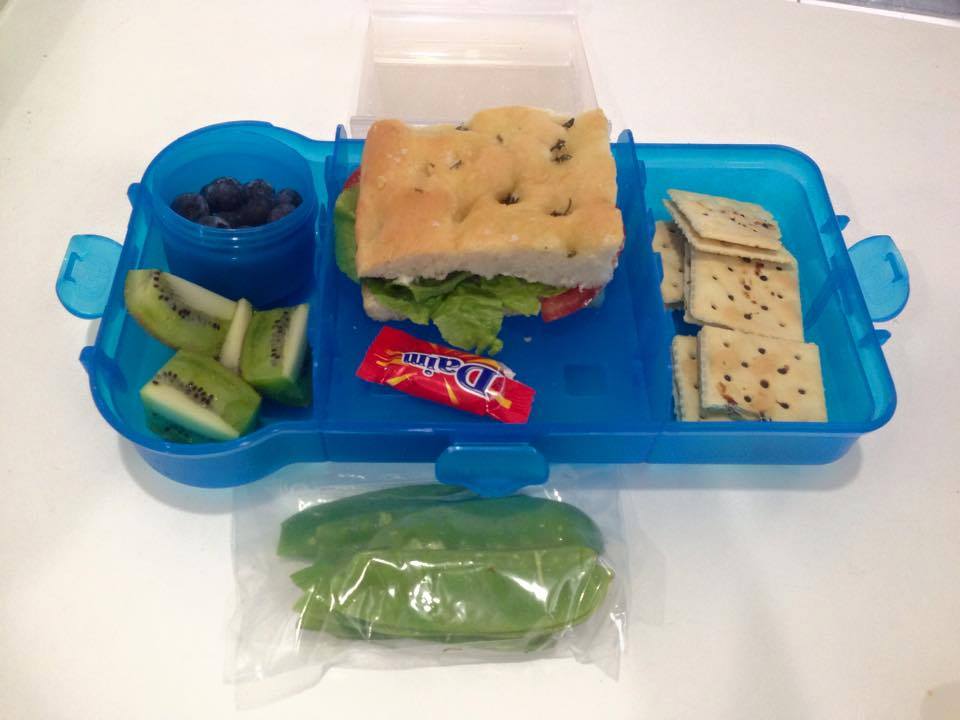 The number one tip for choosing a lunch box: have a Bex and a lie down.

Six weeks ago, if you had told me I would develop an obsession over children’s lunchboxes, I would have thrown my head back and laughed the laugh of a woman who thought ‘bento’ was what happened when you stubbed your little toe.

Because all the darn back-to-school social media and blog posts exploded and multiplied before my eyes; people were commenting in the thousands here, there and everywhere about the preferred type of lunchbox for their darlings.

Um, say what now? Were there options beyond a plastic rectangle or a brown paper bag? Turns out that yes, yes there are.

And that’s when it started for me; this slippery slope of school yard sandwich and snack containers. One lid or several? Aluminium or plastic? Divided sections (bento style) or multiple containers? Can it be opened easily by small hands? Will it last a term, let alone a year?

Perhaps the most concerning thing is my daughter isn’t even at school. You read that right. She’s at kindy; kindy that requires a lunchbox to stay in each child’s locker, because apparently fetching their own food helps prepare them for school life. (Probs just like how reading books about toddler tantrums ‘helped’ prepare me for scenes not unlike those from The Exorcist being played out by my then two-year-old at the supermarket. I swear I saw her head spin during The Great Freddo Frog Refusal Meltdown of 2013. *shudders*)

Oh, the pressure! What if I stuff it up? What if I get one with too many containers and she gets confused and cannot cope with all the lids at Little Lunch and Big Lunch and that gets her whole school life off to a rocky start and WHOOSH there goes her chance at attending Oxford? What if it’s too big and heavy and it falls on top of her and she can’t get up; rushed to Emergency with lunchbox injuries like one or several broken or bentos?! <– Sorry, couldn’t resist. Will it stay cold enough or will my precious girl have to deal with *gasp* slightly warm cheese? Nothing is worse than a slice of tepid Edam. (SIDE NOTE: The author can scoff an entire wheel of warm Brie, but that’s beside the point.)

How to choose a school lunchbox my way

Then it came time for me to knuckle down and choose one. Not only did I spend a solid couple of hours online researching lunchboxes, but then I spent a further hour rocking in the foetal position below walls of the blasted things at various shops. That’s at least three hours of my life I won’t get back because of choosing a blimmin’ lunchbox.

CONFESSION: I even considered spending $80 on a fancy-schmancy lunchbox. EIGHTY DOLLARS! Wow, would I like a frontal lobotomy with that? Anyway, I decided against applying for a second mortgage to fund a lunch container unless it could throw out the manky remnants of crusts and crumbs and banana skins and wash itself. Instead, I bought myself a new pair of pants as a reward for making such a fiscally sensible decision. Because PRIORITIES.

Eventually, I pulled myself together and remembered my own school lunchbox. It was a green, slim, rectangular number and on most days held the riveting contents of a packet of sultanas, piece of standard fruit (apple/banana/mandarin), frozen popper that would melt by 8.30am, muesli bar, and a warm Vegemite and lettuce sanga wrapped so tightly in cling film I could have had a career in petty theft, such were my sandwich break and enter skills.

And can you believe it? I survived school with a basic lunchbox and lunch. With new resolve, I resisted the expensive options and settled on a $12 gem with included ice bricks from good old Target. Well done, I thought, rise above, old gal, and stick to one cheap lunchbox. 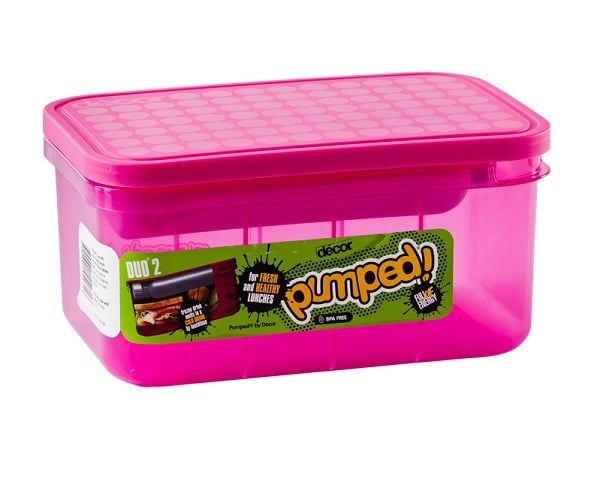 This is an example of a perfectly standard pink lunchbox.

Yeah, that resolve lasted one day and I welcomed another lunch box, ice pack, and lunch bag to my already-overflowing Tupperware drawer within 48 hours.

Have you caught it, too? What lunchbox did you choose and why?